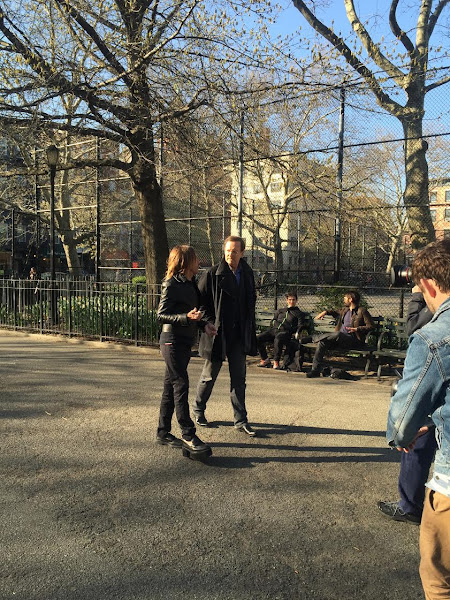 EVG reader Juliet passes along these photos of Iggy Pop from late this afternoon in Tompkins Square Park... filming something or another... (any idea who he's with???) 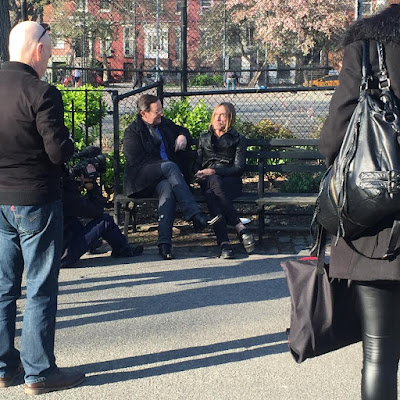 Maybe the former East Village resident is giving another tour of the neighborhood?

Previously on EV Grieve:
Go on a tour of Iggy Pop's East Village in 1993
Posted by Grieve at 6:23 PM

that the guy from cbs morning news

Are Iggy's legs really that off balance? Notice the giant platform on only one of his shoes.

When I read the caption I thought it was Iggy and a guitarist playing in the park. How fucking cool if he or any famous musician did that? A set at 10am on a Wednesday, no one around save whoever happens to walk by.

Yeah, he's got one leg about an inch shorter than the other. It's been mentioned in interviews, and paparazzi photos occasionally show his various one platform-heeled shoe fashions...

Maybe he did it early on a Wednesday morning because he just wanted to be a guy playing a guitar and not a show. Can totally respect that.

7:09pm is Francis from Stripes.