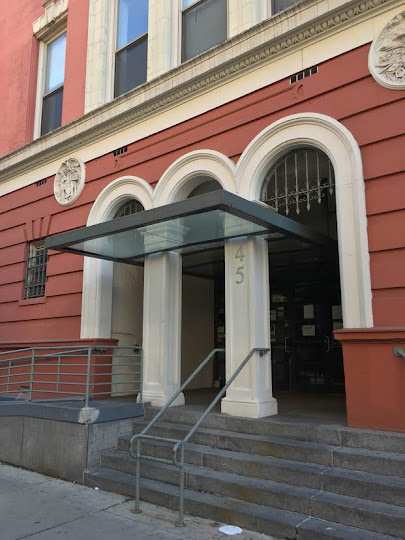 Preet Bharara, U.S. Attorney for the Southern District of New York, is the latest official to probe the sale of the former Rivington House on the Lower East Side, Politico New York reports.

The deal under the de Blasio administration's watch in November is already under investigation by Attorney General Eric Schneiderman, the city Department of Investigation and City Comptroller Scott Stringer.

To recap: In February 2015, Allure paid $28 million for the property, promising that 45 Rivington — the former Rivington Center for Nursing & Rehabilitation — would remain a health facility. In November, a city agency lifted the the deed in exchange for the Allure Group's $16 million payment to the city. Earlier this year, Allure then reportedly sold the property for $116 million to the the Slate Property Group, a condo developer who plans to create 100 luxury residences in the building that overlooks Sara S. Roosevelt Park.

The mayor has said he was unaware of the transaction until last month. City officials have accused Allure of misleading the administration about its intentions.

The Wall Street Journal reports that Bharara's office "is also examining whether donors to the Campaign for One New York, a nonprofit supporting Mr. de Blasio’s agenda and run by his allies, have benefited from favorable treatment from the mayor’s administration, people familiar with the matter have said."

A de Blasio spokesperson told the Journal that the administration didn't have any knowledge of a federal probe but would cooperate fully with any investigation.
Posted by Grieve at 11:30 AM

is everything in this city.

Good. Relying on a state investigation would have been like asking Bonnie to investigate Clyde. Preet caught that scumbag Shelly Silver after the State let him slither around for years. I'd love to see bullshit Di Blasio's in the GP.

Oh, the mayor will cooperate with the federal investigation. That's nice of him.

$116 mil tends to get people's attention. It starts with Village Care.

This just got serious. I wonder who are next mayor will be???

Said a couple of weeks ago that Preet Bharara should get involved in investigating this stinking mess of corruption; perhaps he reads the blog and decided I was correct? Ah, Grieve, the power you wield! (Waiting for AG Eric Schneiderman to follow suit, since I mentioned his name as well...)

Maybe they tried to pull this off without the Mayor knowing...at any rate, it needs to un-happen.

There really does need to be an ongoing, serious look about how, especially south of 14th street, hospitals, nursing care facilities and harassment of longtime/elderly tenants seems to be one big plan to outsource illness and aging from the "wealthy enclave" of Lower Manhattan.

Only the richest of the rich may get sick or grow old here?

How so? Village Care tried to keep the location as a healthcare facility, initially proposing assisted care for people with AIDS - a plan that was approved by the State Legislature but vetoed by Cuomo - then proposing a general (not AIDS-specific) nursing home, which was also rejected by the State. See: http://www.thelodownny.com/leslog/2014/09/rivington-house-seeks-to-drop-non-profit-status-in-quest-to-sell-rivington-street-building.html

1. Open it up and let us see everything, ALLL the dirty dealing.
2. NULLIFY THIS DEAL and return the property to the city.
3. Jail time for the players would be nice because this was robbery.

Thanks @Gojira LOL! What will you work on fixing next with your summoning powers??

Is Preen Bharara the new Ken Starr? I'm delighted he dumped Silver, but I still have doubts about whether Silver actually broke any laws...it looked more like he took maximum shady advantage of loopholes. (Juries are pretty easily manipulated by prosecutors. And the judge, Valerie Caproni, has a very, very scummy backstory as General Counsel the FBI--not remotely someone I want to hear talking about following "rule of law.")

Bharara goes after politicos so he can make a splash, clearly with political objectives of his own. I don't trust him or his office. How has he done against, say, Goldman Sachs?

If there was any hanky panky on this deal it needs to be nullified. Changing the status of a facility to something that is economically viable is in and of its self not an notorious act. The lack of transparency and possible public official corruption is. Preet Bharara is an excellent U.S. Attorney so why has Hillary declined to say she would re appointment him to another term if elected President?

@1:49 PM: How so? CEO Emma DeVito salary in 2013 = $624,000. General Counsel salary that year = $329,000. This is for a nonprofit. They hire the city's highest earning lobbyist to do what? The Glassdoor review make you wonder about the personalities at the top. Village Care is where the trail starts. Where it leads, I think we'll find out.

Only the richest of the rich may get sick or grow old here?

Considering that the only place they've scheduled housing for the elderly to be built down here is a—hotly contested—community garden, I think that's a pretty astute commentary.

Thanks, Anon. 3:06 - working now on sending Shaoul, Kushner, and their ilk to the Ninth Circle of Hell where they belong, but the problem is, Satan is strenuously resisting taking them. Says he doesn't need the competition.

I wish they would cancel this deal make everyone involved get their money back except for the sleaze that lied to get the building sold. This should be the poster child for what is wrong with our city's dumping of our facilities and land to the highest bidder.