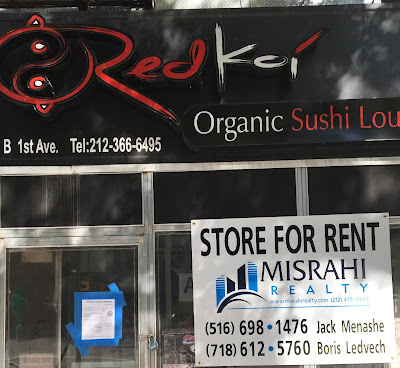 An EVG reader notes that in fairly quick succession, Red Koi Organic Sushi Lounge at 57 First Ave. closed... was served an eviction notice from the Marshal and put on the market.

We didn't know too much about this restaurant between Third Street and Fourth Street... it opened, as we recall, in late 2014... 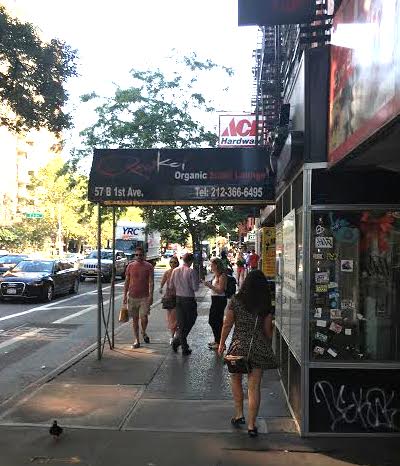 As you will no doubt remember, the space was home, too briefly, to the Pudgie's-Nathan's-Arthur Treacher's action-packed combo during the glorious summer of 2012. That fryplex of fatty fun was sadly gone by the end of 2012. But we have our memories. And photos. 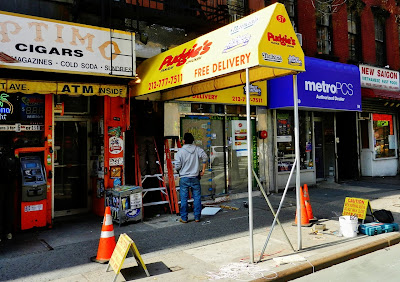 The listing for the space isn't online just yet. It was posted at $7,500 after Pudgie's died.
Posted by Grieve at 4:05 AM

Email ThisBlogThis!Share to TwitterShare to FacebookShare to Pinterest
Labels: Pudgie's, Red Koi, restaurants that are now closed, The Marshal

That place was always empty.

Boy was this place ever uninviting looking.

Nathan's! Great hot dogs and the best french fries in the galaxy. So very sad to see it leave...