CB3 OKs Triona's takeover of Croxley Ales on Avenue B 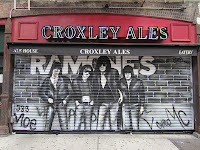 CB3's SLA committee last night approved a new liquor license application for the owners of Triona's, an Irish bar with two locations in the city (Sullivan Street and Third Avenue), who are taking over Croxley Ales at 28-30 Avenue B.

The application notes that this is a sale of assets.

There wasn't too much debate over the applicants. There weren't any objections from the East 4th Street Avenues A-B Block Association, who gad met with the applicants earlier this year ... and no one was at the meeting to speak out against the applicants.

The yet-to-be-be-named establishment (Triona's on B is a possibility) will have hours of noon to 4 a.m. Monday through Friday, and 11 a.m. to 4 a.m. on Saturday and Sunday. The menu is "traditional American-Irish comfort food," with fish and chips, burgers, etc. The full menu will be available at the bar in the No. 28 space as well as the sit-down portion at No. 30. (Croxley expanded into this adjacent space in 2013.) This Triona's will include 20 TVs, about the same number as Croxley Ales.

There wasn't any mention of when the transition from Croxley Ales to Triona's might occur. (This item was originally on the June CB3-SLA docket, but one of the Triona owners had to cancel due to an undisclosed emergency, per the paperwork with the application.)

Croxley Ales has six locations in the metropolitan area, opening the first outpost on Long Island in 1990. The East Village location opened here between Second Street and Third Street in 2003. 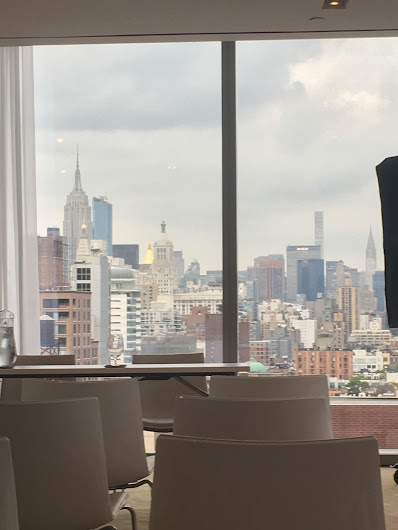 Beating the same drum: There are 14 on-premises (hard) liquor licenses within 500 feet of 28 Avenue B, and two more within a few more feet. This does not include beer and wine licenses. There is NO public interest to all these licenses so the should not be handed out like candy. I suppose one can argue that an owner can't sell its assets if the new owner can't reliably get a liquor license (there's no such thing as transferring a license), but for sure we don't need any hard liquor licenses at previously unlicensed locations.
Let them drink wine. No new liquor licenses.
And one more thing: ALL those bottomless brunches are illegal under the Alcoholic Beverage Control Law. Complain on the State Liquor Authority website when you see one.
And one more more thing: Why does it matter that a bar submits a petition of people who support their liquor license? Do these people not have enough bars to go to? (Notice CB3, that some of the signers of the 28 Avenue B petitions are not within the required two blocks, e.g., 181 Avenue B and 200 Avenue C; some printed only their first name; and one person used a post office box.) Are 40 or 50 people signing a petition proof of widespread community support for the bar? I don't think so.

I hope the new owners cook the chicken wings a little longer so they are crispier. Croxleys used to be a great place for a great deal on wings, now they are just like everyone else, as far as price.

Thanks to CB3 the East Village is a neighborhood that never (get's a good night's) sleep(s).

This block has become a nightmare due to Poco... then Mama's (used to be a great place)... then Cafe Cortadito decided to jump on the annoying brunch tourist bandwagon. The yuppie Mexican spot Fonda, too. Root and Bone isn't as annoying but I'm sick of having no room to pass whenever I walk down the sidewalk.

What's with the committee meeting happening in such a fancy space?

Buttering up to CB3 are we? 'Sure looks like it.

What's with having a meeting on the seventeenth floor of a building? Want it to be as inaccessible as possible? Someone might know the address but not the floor or the suite number on it.

Set me up with meetings there and I too would approve anything.

Also, isn't there a conflict if interest?

And people say EV has changed and progressed from the days of Tammanny Hall.

Another stop on the Santa trail this year?.

The wings have become hot or miss. And are they 40 cents each now during specials? Better than many places, but the ten cent wing deal was hard to beat.