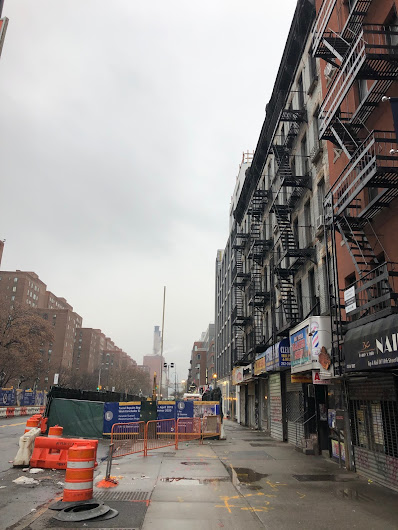 Residents along 14th Street between Avenue B and First Avenue may now have less evening L-train construction noise to endure.

As Town & Village reports, the MTA has agreed to reduce the hours of operation as it continues to prep for the L-train slowdown next month.

Neighbors have said work often ends at 11 p.m. on weekdays and Saturdays, although the MTA has said it tries to stop any noisy work by 10 p.m. But on Tuesday night, the MTA’s chief development officer overseeing the project, Janno Lieber, committed to stopping work by 7 p.m. at a meeting held by Community Board 3’s Transportation Committee.

“We’re constantly looking for ways to minimalize the impact of our work on neighbors, and they understandably have been asking for shorter hours,” Shams Tarek, a spokesperson for the MTA, told Town & Village.

Tarek added that the MTA wanted to first consult the contractor to make sure doing this wouldn’t lengthen the duration of the project, which includes the creation of an Avenue A entrance to the First Avenue L station. The new schedule of 7 a.m.-7 p.m. Monday to Friday, with possibly shorter hours on Saturday is effective immediately.

Other L-train details are still being decided, such as the possibility of exit-only stations at First and Third Avenues once the L-train slowdown officially starts later next month.

Meanwhile, on the topic of the L-train work along this corridor... a resident who lives adjacent to the construction zone, recently shared these videos from 8 p.m., showing that not everyone on the site may be all that busy after hours ...

In the first one, the operator of this diesel hydraulic excavator attempts to right a tipped rubber trash can...

...and here's the excavator trying to be a broom...

From bad to pretty bad: MTA releases more details on the new L-train rehab plan
Posted by Grieve at 4:20 AM

And those further funds will add up over time.

And the battle for the Iron Throne begins.