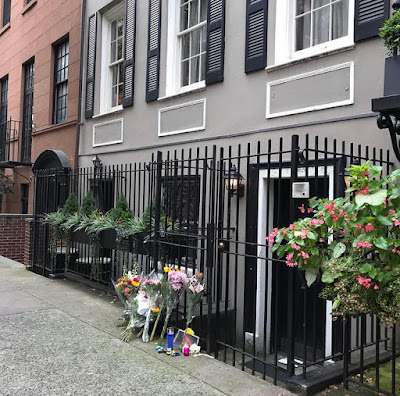 Fans are starting to leave tributes to Ric Ocasek outside his townhouse on East 19th Street in Gramercy Park... the photos here are courtesy of @ThingsWendySees ... 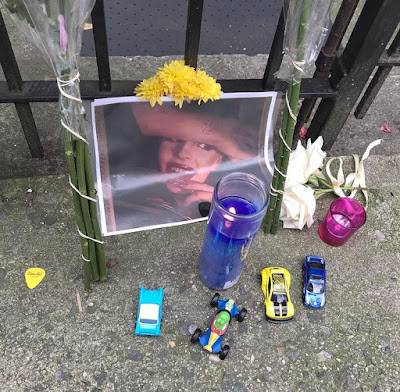 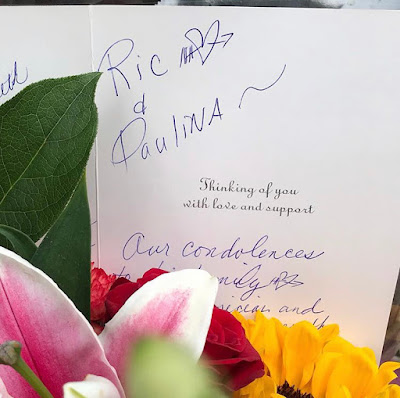 Ocasek was found in his home yesterday. According to published reports, he died of hypertensive and atherosclerotic cardiovascular disease. He was 75.

He co-founded The Cars in 1976 ... and went on to produce and record a variety of artists, including Bad Brains, Suicide, Guided by Voices and Weezer.
Posted by Grieve at 4:00 PM

Emotion in Motion is my favorite among his songs. I was in the fourth grade when it was released. I would play it over and over on my yellow Sony walkman. Those were the days of the best, most original music. RIP man.

I used to see Ric daily at a bagel place in Kenmore Square, Boston in the late 70's, the Cars first album was a such a landmark record.

I used to run into him all of the time in Gramercy. Surprisingly he was always alone. His music with the Cars was fantastic. They deserve a lot of acclaim.

he really was a low key regular neighborhood guy - it was impossible to not notice him on the street, very tall and interesting - passed him hundreds of times - he's on a better place now - I'm grateful for the music and some pretty amazing music videos, big part of my teenage years

Such a unique and a talented musician. His work will not be forgotten. That is for sure. Sending condolences to his loved ones.

You will be missed. I was 18 in '78 when your first album came out. Couldn't wait to purchase it, as well as the rest you put out through the following decade. RIP Rick. Condolences to his family.

I honestly had no idea he lived on 19th street; I walk a dog who lives a few blocks away and went there today to view the shrine that's sprung up. Then again, I knew Richard Hell for years before I ever made the connection, so call me dense.

One of Ric's best work behind the boards IMO is Weezer's S/T debut album, recorded not far away on W 8th st at Electric Lady.