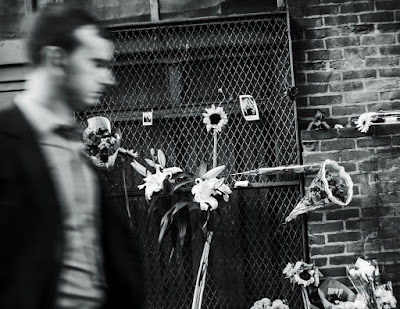 As you likely heard, legendary photogapher Robert Frank died on Monday. He was 94.

According to published reports, he was in Inverness, on Cape Breton Island in Nova Scotia. He split his time between there and his home at 7 Bleecker Street just west of the Bowery.

EVG regular Dan Efram shares these photos of people leaving flowers and tributes outside his building on Bleecker Street, where he was often spotted sitting outside. 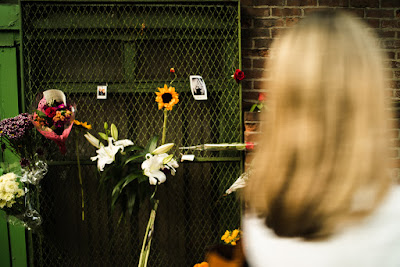 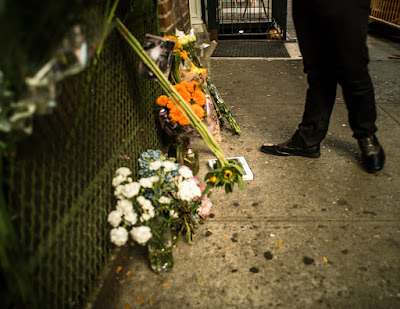 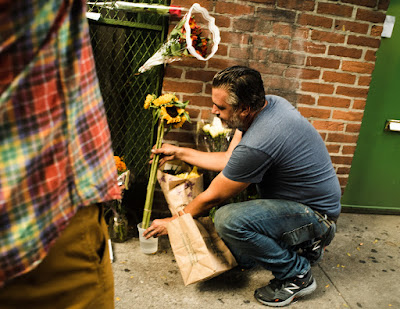 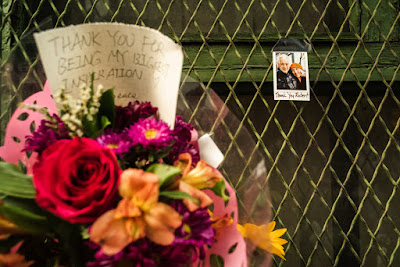 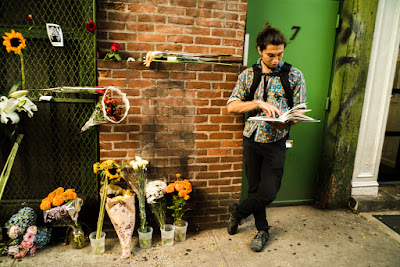 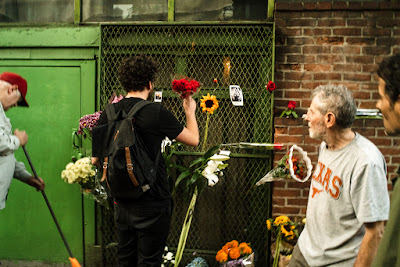 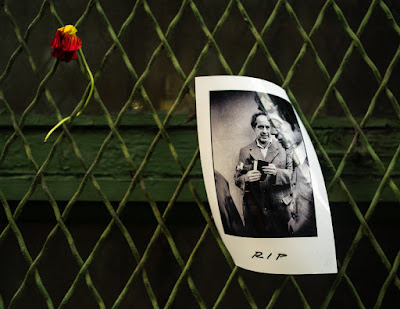 Here's more on Frank via The Associated Press:

The Swiss-born Frank influenced countless photographers and was likened to Alexis de Tocqueville for so vividly capturing the United States through the eyes of a foreigner. Besides his still photography, Frank was a prolific filmmaker, creating more than 30 movies and videos, including a cult favorite about the Beats and a graphic, censored documentary of the Rolling Stones’ 1972 tour. Black-and-white Super 8 pictures by Frank were featured on the cover of the Stones’ “Exile On Main Street,” one of rock ‘n’ roll’s most acclaimed albums.

Meanwhile, have been many tributes to Frank on social media... here's a small sampling...

Robert Frank, gone from us - but his extraordinary vision, his films, & the details of daily life he captured with a little camera in his hands will continue to resonate through our shared consciousness. Long live Robert Frank, one of the greatest artists ever. & thank you Robert for the gifts you’ve given us all. (photo: Allen Ginsberg)

I think I’ll always walk by his building hoping to see him sitting in his chair. RIP Robert Frank #robertfrank

Rest In Peace - Robert Frank. Thank you for all you’ve left us. This photo was from a chance encounter downtown in 1980 at a Larry Clark exhibition. The second shot was outside on Lafayette after my friend got a laugh out of him. Robert Frank, 1980. 📷@GODLIS

He took great photos. In the process he created a new genre of art.

Robert Frank was a great photographer, his work is as close to poetry as any other. Jack Kerouac said he “sucked a sad poem right out of America onto film, taking rank among the tragic poets of the world.” And sad they were. The majority of his photos in The Americans portrayed a bleak and alienated country, one that he had only come to know as an immigrant from Switzerland after WW2. Almost nobody in his photos is smiling, or talking to each other. Everyone seems cut off from any sense of joy or connection to the world or to each other. He always seemed to be just as detached, and almost depressed, while sitting outside his building on Bleecker Street. He spoke about his own depression, and how sad life was, and this is reflected in his work, which is as autobiographical as any photographer.

Perhaps taking photos was his therapy. Frank photographed things from the point view of the outsider that he was. Yet each photograph was a choice, a perfect frame taken from a larger imperfect movie which would have told a very different story had we seen all of the frames, heard the sounds and been more emotionally connected to those moments. When I look at his photos I imagine what happened just before and after he took them, what was really going on outside the quiet moments he captured.