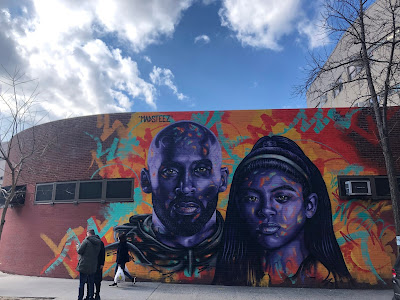 After a week, Mark Paul Deren, aka Madsteez, has finished his tribute to Kobe and Gianna Bryant outside the complex that houses Sun Yat Sen Middle School and Emma Lazarus High School on Hester and Eldridge... 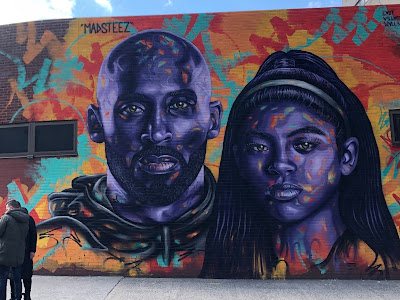 East Village Walls curates this space, and the students here reportedly voted on who they wanted a mural of outside their school.

The mural is based of a photo by Atiba Jefferson.


Kobe Bryant and his 13-year-old daughter Gianna were killed alongside seven other people on Jan. 26 when the helicopter they were in crashed in California.

great mural, terrible subject. Enough with the Kobe love, he was a basketball player... and an accused rapist. why are we idolizing him to this degree?

I am so glad they featured not just Kobe, the celebrity, but Gianna too. She never got a chance to live her dream like her dad did but she will inspire other girls to pursue their passion for sports.

If the students voted for it, put it up. It's their space.