After 2 months, Matty's is closed for now on Avenue B 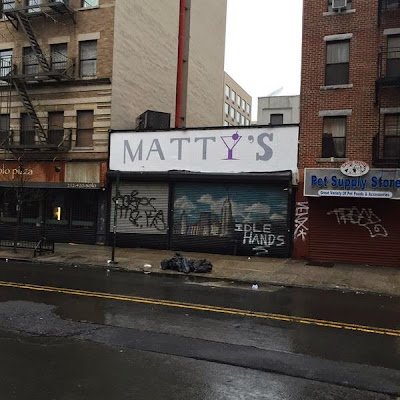 Matty's took over the Idle Hands space at 25 Avenue B… opening here between East Second Street and East Third Street on Dec. 12.

Now, for the time being, the bar is closed. 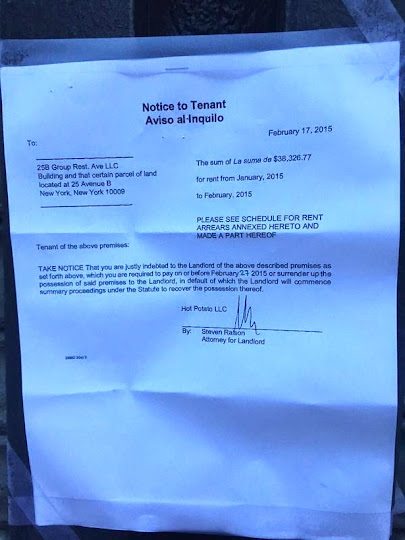 Matty's NYC is the sister bar to the Matty's on the Drive, a now-closed gay bar in Wilton Manors, Fla.

The Matty's NYC website is now out of commission as well. There isn't any mention of a closure on the Matty's Facebook page.

Nearly 40K for one month's rent? That's a lot of martinis...

They thought they were kidding when they said the rent was $40K, so they just opened up anyhow.

Maybe if they had served brunch on weekends and blasted (any) sport game on 3 TVs they could have great like every other storefront in that area.

and to think they could have had The Cock there during this horrid winter keeping everyone in the neighborhood cozy warm with a cleared, ice free sidewalk.
Thanks CB3 !! waiting for the Bro Conversion next

It's not Matty's fault. The owners of Idle Hands failed to do a single repair that was stipulated in the contract and then expected the owners of Matty's to assume responsibility for the tax warrant against the place for unpaid taxes.

Any plans for Matty's to try a new location?

Another bait and switch!!!! Look at the Notice and Questionnaire.

We stopped the Cock and then we got Matty's without input, now this ? Wtf Grieve
Live Music?
DJ?

That's not in the CB stip for this location and entity. Why is there no need to fill out a Questionnaire as to Method of Operation?