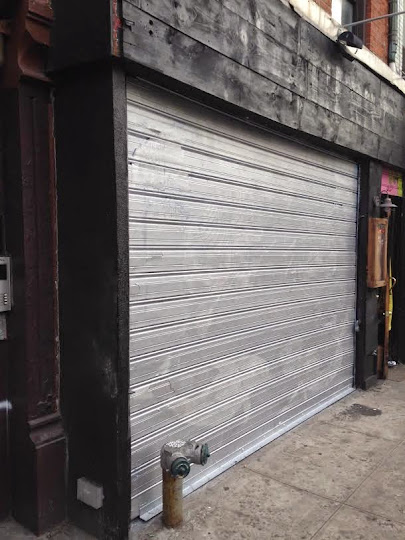 There isn't any mention of a closure on the restaurant's website or various social media properties.

Meanwhile, someone has removed the North River sign and menu … and painted over the gate.

And over at Open Table, the first reservations are available starting on April 16. 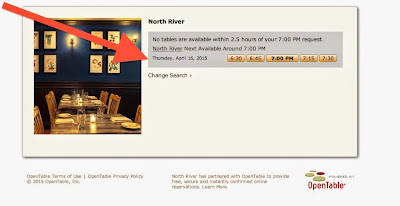 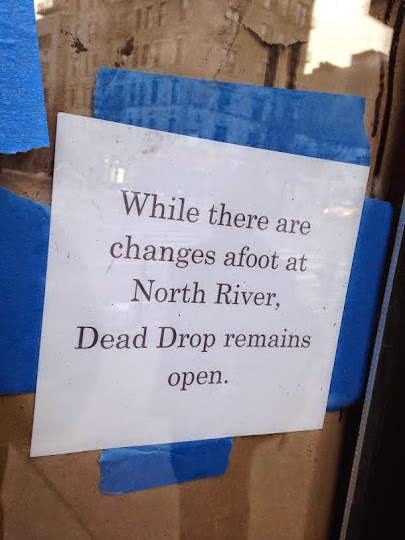 In case you were wondering, Dead Drop is the name of the sorta hidden speakeasy in the basement.

North River's American-style comfort food, from chef Adam Starowicz, who worked at Momofuku Ko and Hearth, seemed to get positive notices (here and here, as an example), though some readers thought the prices were too steep.

I wonder if restaurants from decades ago closed for renovations after a year or two after opening? I know there is a lot more competition today but it seems like concepts change, decor change so quickly with newer restaurants than ever before.

Why does anyone need a "speakeasy" when alcohol is all-too-legal and drinking does not need to be - and isn't, in the EV - furtive? Stupid.

There are a lot of bar/restaurants opening by people that seem to be inexperienced (which I can understand) but clueless is unforgivable. When you get backers or spend a lot of your own money without researching what is missing from a block or neighborhood first then expect to fail.

Also churn n burn is great for realtors Look at the yogurt place. You know the one that replaced Amici on Third Ave? Amici What, 25 years? Neon yogurt co seven months!