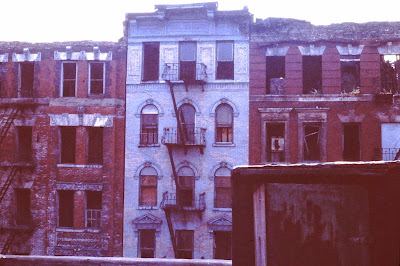 Here are some of the photos that he shared with us last fall from the block he lived on since 1969... few photos included building addresses or dates... though all were on East Eight between B and C, where he said there could be up to five fires a week in the abandoned buildings during this time period.

As he wrote for the Local in January 2012, "At the same time when the Bronx was burning, the East Village was burning. All of Brooklyn was burning. In the ’70s and ’80s, big portions of the city burnt down." 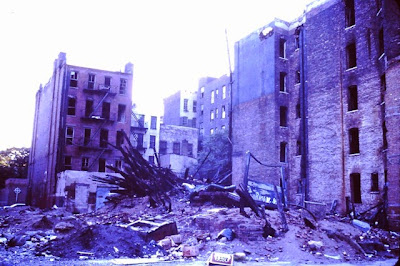 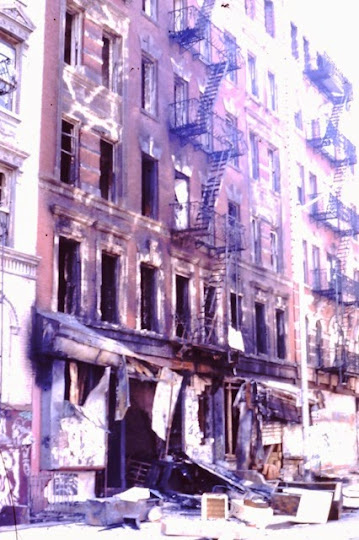 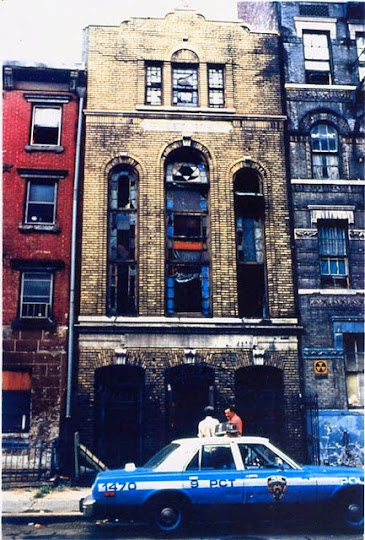 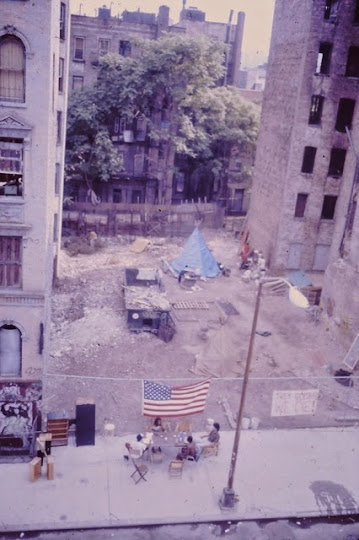 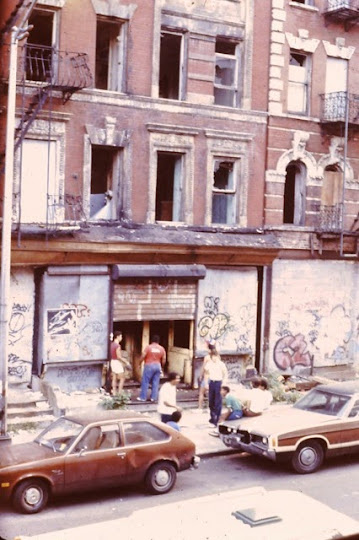 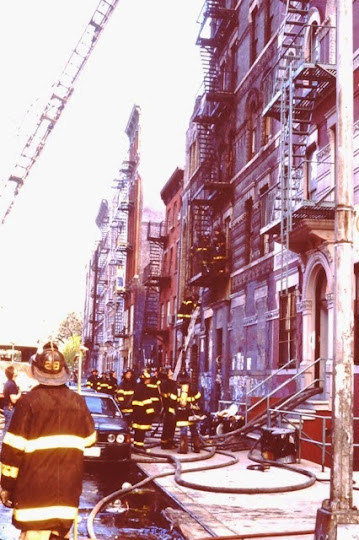 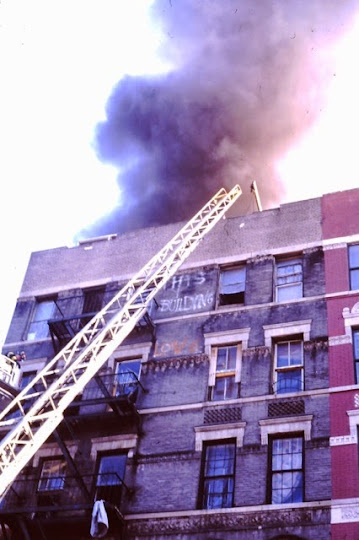 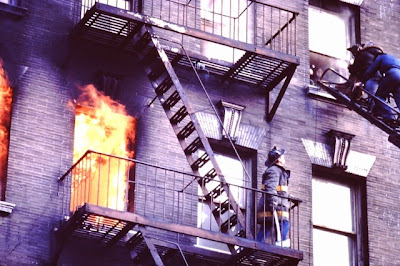 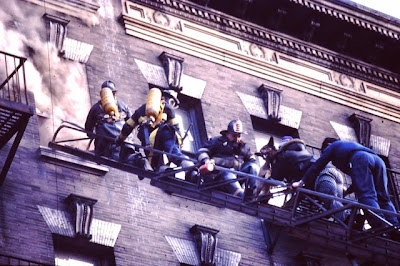 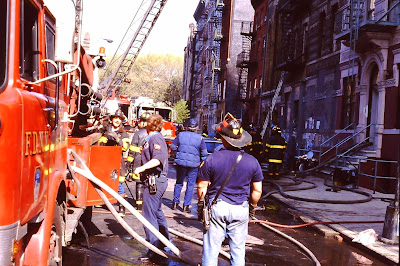 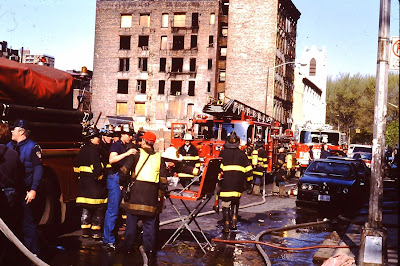 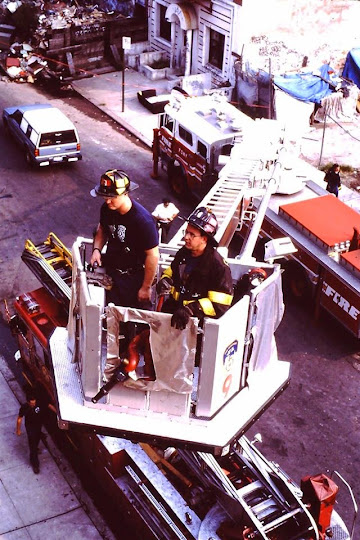 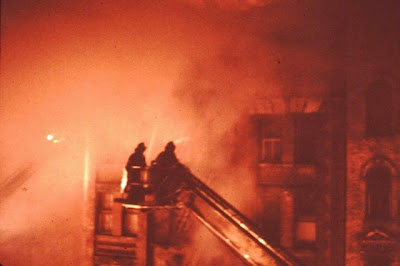 The Villager has more on Feldman this week here.
Posted by Grieve at 7:30 AM

I moved to 6th Street near C in the summer of 81'. I could not afford a camera, film or processing in those days so I have almost no images from this time of my life and my surroundings. I am fascinated when these type of pictures show up and it brings back a lot of good and scary memories of that time.

Great photos. Back in 1981, I lived on Ludlow St bet Rivington and Delancey St. The burglar in my building set fire to the abandoned Synagogue at least twice while I lived there. The FDNY was always able to contain them even though they got pretty bad.

Ken, what street was the synagogue on? Is it still there?
There was one on the south side of either Rivington or Stanton, which was removed about nine or ten years ago.

The synagogue is now a 3-4 story townhouse. They did include the gates and some of the stain glass in its current state.

I moved in one block to the east in 1991 and walked past these burned out buildings, empty lots and homeless encampments. I helped found a community garden in the large lot. I prayed with Ralph in the squatter synagogue once, and saw him in the neighborhood regularly. I tried to save the synagogue's frescoes after he showed me them, but no institution was interested. They looked like they could have inspired Chagall. Similar ones are in the Bialystoker Synagogue about 1.5 miles downtown. Ralph was a neighborhood presence who left his mark.
Thank you for publishing these pictures. I will show them to visitors who would not believe what the area was like without them.

12:29 PM On Ludlow St, middle-ish part of the block bet Rivington and Delancey, west side of the street.

Thanks for sharing this. Invaluable.

i wonder how safe are those buildings that were burned out, re-habbed, and now lived in?

People need to stop serenading Ralph! He harassed the hell out of his tenants at 93 Ave. B so much so they maintained a 20-year rent strike against him. He left leaking canisters of WW1 phosgene nerve gas in a hall closet--they had to clear out the whole block. He was also, I believe, partners with the guy who owned the Happy Land social club firetrap that incinerated all those people... dig deeper. Talk to people... go look at the building he lived in and the creepy rat sign that he posted above the door to mock the community gardeners next door. I'm not saying he was all bad, perhaps he was a swell guy to some... but he doesn't deserve all this unchecked nostalgia. I think he was kicked out of fire dept too...