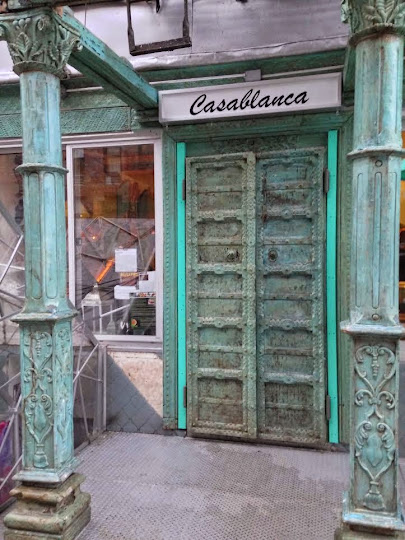 Casablanca opened last week at 189 E. Third St. between Avenue A and Avenue B.

The restaurant-lounge with French-Moroccan cuisine replaces the rather short-lived Lumiere.

Gothamist got a sneak preview. And among their observations:

The decor, which alludes to the classic Bogart-Bergman movie after which the establishment is named, feels a bit haphazard and scattershot, but there's something a little refreshing about a new East Village bar/restaurant that doesn't come fully loaded with an overwrought aesthetic Concept.

And in case any undercover NYU students are wondering, Casablanca's hookah menu is reportedly tobacco and nicotine free.

I nominate this place for worst storefront in the EV, can I get a second?

What do you legally smoke in a hookah if not tobacco?

Worst storefront? Why? I've always loved the facade here, it's so much more interesting and imaginative than most places in the area.