[Updated] Confirmed: East Village Cheese will be moving to Avenue A later this year 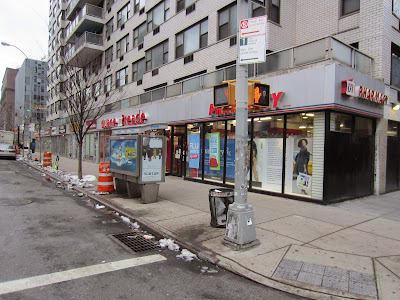 We got word last month that the Duane Reade on Third Avenue at East 10th Street was going to expand into adjacent storefronts on that block, forcing out several businesses, including neighborhood favorite East Village Cheese, in the process. 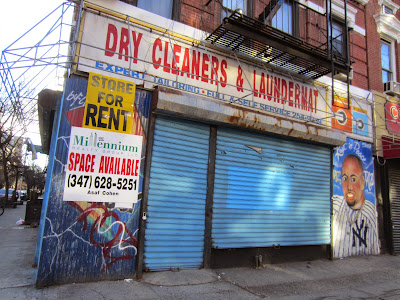 In a feature at Off the Grid yesterday, East Village Cheese co-owner Lobsang Tsultrim confirmed the upcoming closure and move. Tsultrim said that his lease lasts until July 31, with a move coming after that.

Per Off the Grid:

“Rent is going up, cheese is going up,” Tsultrim said. “If I have to move, I have to spend money. I don’t know if it’s going to work.” They have to move the equipment and fixtures, he said, and the new space is smaller. The store’s practice is to buy cheese for, say, $2 per pound, then sell it for $4 per pound where other stores will mark the same product $10.

Ugh. Off the Grid spoke again today with Tsultrim, and they've amended their blog post to the following:

On Feb. 25 Tsultrim clarified that, while he had been considering taking over the former Kim’s Laundromat at 208 Avenue A at 13th Street, that space no longer seems viable and his search for an East Village location is ongoing.

Previously on EV Grieve:
Rumors: Duane Reade expansion will take over adjacent storefronts, including East Village Cheese (74 comments)
Posted by Grieve at 5:05 AM

Yes. Best news I've heard in a while. Back to your old home. I wish you the very best, and hope you make it! I'll be one of your many first and returning customers.

This is great news, and with the new location just a block from my home I will be shopping there a lot more often now!

Actually, I think this may be a better location for them. I'll keep shopping there. Best of luck.

yay, just around the corner from me, finally a shop that sells real food (not foodie food) is opening in the alphabet.

HOORAY!!!! Such a relief!! We love you, Tibetan cheesemongers!

This is a nice new location. And a storefront which can add character to the store. I wish them well. Too far off from where I usually roam. But when I am in the area I will drop in.

"We're trying to help the neighborhood" by selling (boughie, discretionary income-dependent) cheese and crackers? I really don't appreciate the running theme/joke of for-profit businesses that fail to keep up with the market suddenly making themselves out to be not-for-profit institutions.

This is a much better location for them, with StuyTown just a block north and all the foot traffic going to and from the real EV, they can at least get away from the strip mall on 3rd Ave, or what the real estate crowd is now calling East Greenwich Village. Also that Westside Market is nice but it's a real killer for smaller businesses like this.

HALLELUJAH! This is so much closer to me, so now I'll be there every weekend on my shopping rounds!

I agree that this is a much better location for them. I whizz by the other location on my bike on the way to and from places frequently, but it's not a place I stop as often as I want to. I expect to be sauntering around 13th and A in a cheese-consuming mood far more frequently.

Great addition to the neighborhood! I hope they keep Chico's portrait of Taz.

His prices have gotten too high for the quality he is offering.
I do love the way he says he is doing this for us...ha ha ha.

"I hope they keep Chico's portrait of Taz."

I was thinking the same thing.

@ 9:21 AM
Maybe not the most eloquent speaker but I get what his point is. The customer base for this shop has been 60+ (at least whenever Ive been there and there is nothing wrong with a business trying to serve a niche rather than the masses as with chain and corporate stores. Cheese snobs have lots of options at Whole Foods and Westside just to name two. As a small business owner I can identify completely with what is is saying.

Great news! And closer to me me me!

@ 8:48 AM
What? A boutique cheese shop is not "foodie food"?
Why? Because the cheese monger doesn't have tattoos?

they are the best. cheese. store. ever.

i have been buying cheese there since they were on 9th street.

i am glad they are staying, they've been here a long time and have had some great bargains.
but they have deteriorated recently, even had Trader Joe's brie and many outdated (or no date) cheeses. however, they are not glitzy glass artisanal, lovavore, etc. and they still have some pretty reasonable prices.
is it necessary for a business to tell us they are doing something for the neighborhood? they are a business, bit non-profit organization, and they should make a profit. customers can tell what a store is about, we don't need the sales pitch.

EV Cheese is just cheese 11:23 am.
No embellishments, no frills.
Have you been?

"What? A boutique cheese shop is not "foodie food"?
Why? Because the cheese monger doesn't have tattoos? February 25, 2015 at 10:51 AM"
This place was never a "cheese boutique" It has always been price conscious with like minded clients. This was never a "cult of cheese" place which describes a foodie joint. Cheese shops have existed a very long time, foodie cheese boutiques are post 2000.

Hurrah, they'll be closer to me and in a much better location. I'll definitely be buying more cheese.

We should also keep in mind that the building - the St. Marks - is the one evicting them. Some, maybe most, of the people in that particular building are not community oriented. The only time we have seen people from that building at community board meetings is when they were personally affected by what was going on, like the potential of their property value to go down. The building approved the eviction of a community store.

Even though I don't eat dairy, I always liked their mix of different foods, so I'll be more likely now to go there for nuts, olives, crackers, and sundries; hope they keep the mural.

Anon 2:32: no, it's not the doing of the building above. There is a separate retail landlord. See the Off the Grid post. In fact, the residents have been some of the small businesses' biggest supporters.

Take over the old East Village Pharmacy space. PLEASE! That would be Awes, dude!

Stuy Town residents don't go below 14th Street. I hope the two or three people who say they will now go there are enough to keep the place afloat.

Time to update the update :-)