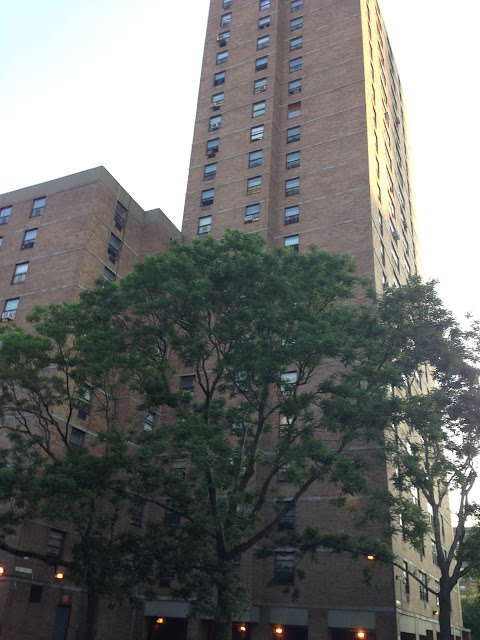 The New York City Housing Authority reportedly finalized a deal earlier this week to sell a 50-percent stake in six Section 8-subsidized developments to L+M Development Partners and BFC Partners for $360 million, plus another $100 million in additional renovation investments.

The sale comprises 10 buildings and 874 units, including Campos Plaza on Avenue C and East 12th Street and East 4th Street Rehab between Avenue B and Avenue C in the East Village.

The Observer has more on the deal, made final on Tuesday:

The sale, which places the properties in the hands of the newly-formed Triborough Preservation Partners, a public-private partnership ... was carried out as a means of opening a variety of funding streams to address the Section 8 facilities’ decrepit condition — they are estimated to require some $113 million in maintenance and repair over the next 15 years — in the absence of federal dollars, which mostly dried up in the 1990s.

Without the establishment of a public-private partnership, the new funding sources, which will supply financing for construction, operations and maintenance of reserves, would not have been available to NYCHA, which as a public entity is ineligible for the loans, tax credits and other financial instruments responsible for the fresh funds.

Shola Olatoye, the chair and CEO of NYCHA, said that her organization will retain approval and oversight rights with respect to all major decisions.

You can find more background on the story at Curbed. And The Wall Street Journal.
Posted by Grieve at 4:51 AM

A private money foot in the cracked open public door to ultimate ownership of our public housing built on public land. This island is being sold to the highest bidder.

I agree. Something about this just stinks. I was just walking along the East River last week and looking at those buildings and I turned to my partner and said, "See this? They're coming for all of this waterfront."

Most other cities got rid of these giant projects. Why does NYC still have them? And where is the money supposed to come from? The tenants? They have few options. When you said "see this" you should realize you are seeing tax dollars at waste. Poorly maintained buildings that perpetuate generational poverty. Yes lets keep them as they are. Maybe its time to try something new.

I bet once they get fed funding and renovate these monstrosities, other NYCHA buildings will be wanting to follow suit.

This REALLY sucks and it puts these developments on the road to privatization, but I don't know what other options were available to the city. This is happening because of the GOP in congress. Sequestration has cut $millions from public housing in the federal budget which has left NYCHA deeply in the red.

Fed funding? From the republicans in congress? Good luck. There is zero interest in giving NYCHA hundreds of millions of dollars. They arent even talking about renovating. The money is for basic repairs. Forget about renovations. NYCHA is in a financial crisis. DeBlasio has to do something.

Yes and the city stopped issuing new vouchers a long time ago. Section 8 means you dont live in NYCHA. Generally you find your own apt. That is different from public housing dollars. NYCHA as the name implies is run by the city.

Gee privatization of Campos..maybe no more gunfire on Ave C and 12th Street in the future..

What a good solution you have for the poorest New Yorkers, "fuck off and live somewhere else so the privilege can take this land for themselves" It's the rich which can live any damn place they please not the poor. This housing may not be the best solution to but believe it or not a lot of good people and success stories have come out of the "projects" including myself.

"Private-Public?" Oh that is RICH. Who do you Developers think you're fooling? You think we don't know?

5:12, that's the whole point of this little exercise, so these developments can pull money from the fed. What are you not understanding?

Under capitalism, Public and Private are just bourgeois legalisms.

The real estate lobby has won. They can swoop in and offer to "rescue" the projects from the government's 12 years of neglect under Mayor Bloomberg, who amassed $18 billion in backlogged repairs in housing projects citywide. Now with massive Federal funding cuts due to trillion dollar wars in the Middle East and now the sequester, the real games will begin.

There is much profit in chaos. Watch out for future investor defaults on these deals, huge lawsuits and bondholder takeovers, just like the bankrupt StuyTown mess that has left them all in limbo. Crisis gives developers more leverage to do infills, build luxury towers on playgrounds, convert more apartments to market rate faster, dormify the projects with college students, or neglect repairs and force people out.

Welcome to the new Avenue D. D as in Developer.

The crime is totally out of control in NYCHA. Nobody can deny that.