Raclette now serving croques and tartines on Avenue A 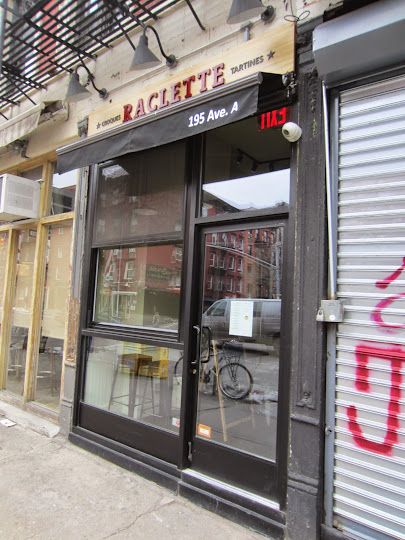 Raclette is now open at 195 Avenue A just north of East 12th Street.

The quick-serve restaurant is the creation of East Village resident Edgar Villongco, who originally tried to open the cafe in 2012 on East 12th Street.

At the time, he was seeking a beer-wine license. After a handful of residents spoke out against another liquor license for the block between Avenue A and Avenue B, Villongco — who lives nearby — dropped the plans rather than pursuing the matter directly with State Liquor Authority. (You can read all the background in this article published in The Local from June 2012.)

However, after nearly three years, he recently closed Urban Motion to put his focus back on launching Raclette (without a beer-wine license still).

Villongco shared a little more about the cafe.

"It's got both French and Swiss Raclette dishes, but the croques and tartines are mainly French influenced with some twists. For example we have a Cubano with dijon mustard, and a tartine with that comes on naan with curried cauliflower and hummus," he said. 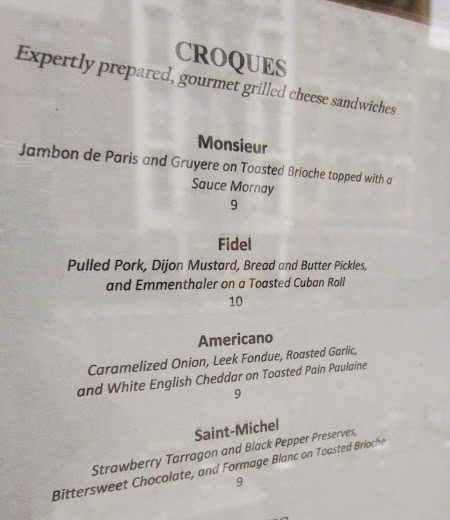 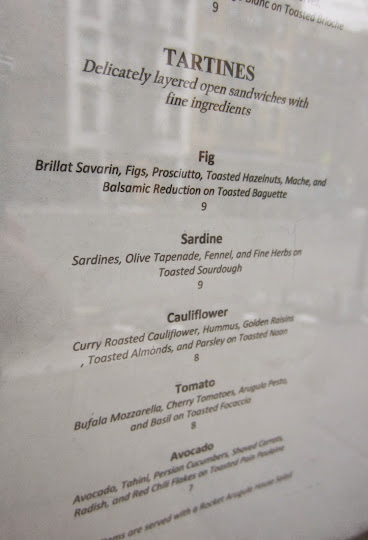 Updated: Yes, they do serve racelettes… 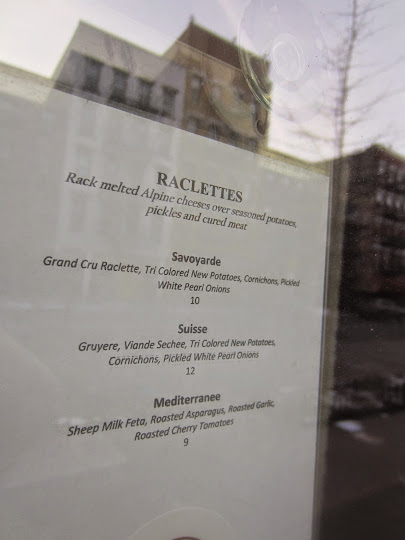 i'm always amazed when someone decides to spend an inordinate amount of their life in a venture that is doomed (<10% of NYC restaurants survive after five years) having operated one of the few (12 years in the 80's) that thrived........(location/volume/price/cleanliness/enough capital to operate for 3-5 years WITHOUT showing a profit)--hope that helps :)

Please say it ain't so! Edgar's a great guy with a wonderful dog, but I'm really gonna miss the scooter store.

Of course I wish Edgar success.

Yum. Sounds delicious. And yes, these sound like they'd go perfectly with a glass of red wine or maybe French cider. I get why we don't want any more loud bro bars or drinking establishments, but clearly this guy is not trying to do that. He just wants to offer the proper beverages to accompany his civilized food. Can't people discern the difference and act accordingly?

Do they serve raclette? If so, I'm there in a heartbeat.

Many of us believe the neighborhood is already over saturated with beer/wine and liquor licenses. We wish Raclette all success, but adding another license however compatible with the menu and well intentioned would only add to the over saturation and if the business does not succeed residents are then left with yet another license on the block. We applaud Raclette, Empire Biscuits, the graphic business, the antique business and veterinary that are making a go of it.

If you can bring Raclette's offerings into Ost next door (which serves wine), then it's win-win all around, no?

And said: "i'm always amazed when someone decides to spend an inordinate amount of their life in a venture that is doomed"

Arguably, the percentages are worse for artists, musicians, actors and writers, and little better for most other entrepreneurs. Should we just all be accountants and call it a day? What an interesting world that would be...

Raclette can't make it w/o a beer/wine license no matter how much success people wish it. People should be able to discern the difference between a small mom and pop cafe like this and a bro bar.

As I recall, if they're willing to close by midnight and not apply for an upgrade to full liquor, they can get CB3 okay for beer and wine pretty easily. I wonder why they haven't done that.

Edgar is a wonderful neighbor and I will definitely support a business run by someone from our community. He lives and works in the EV; him and his dog are always visible around the neighborhood and at the park.

He is the type of business owner we want in our community. Please visit his new shop and give him your best wishes!

LOL. "Should we all just be accountants and call it a day?" Official East Village motto.

So nice to see Edgar back with a new venture. The scooter shop wasn't a viable business. It might have done better on one of the main avenues, but there isn't enough foot traffic on 12th Street to make a go of a business like that. The little restaurant on Avenue A is a much better idea. I didn't realize it was owned by him and will now be sure to stop by and try out the food. The space is tiny, and I can't imagine sitting in there having a drink, but if the food is good, I am happy to stop by for a snack a few times a week. Can't wait to check it out!

I was There it was amazing! Great job edgar and the raclette staff

once again, posters have cheered my dismal day. Edgar is a great guy and I have only the best wishes for his shop. This inane chit chat about wine is boring.

The main reason Edgar didn't get the license was due to zoning and the SLA probably wouldn't have approved it If he went direct. Neighbors showing up to ask for the denial was the reason the community board looked into the zoning, and they voted to enforce the zoning because the residents asked that they do so. Many licenses get approved because nobody who lives nearby shows up to question the application and so there is no motivation for the community board to take a deep look at it..

You can read the reasons for their denial in the minutes
http://www.nyc.gov/html/mancb3/downloads/minutes/minutes2012-04.pdf

Classic EVG moment: everyone is gushing over a fancified grilled cheese costing $10.

Does the phrase "artisanal biscuits" ring a bell? No? Then perhaps "schnitzel charcuterie" stirs the foodie passions (or resentments)?

Or is this situation different because the owner is, according to hearsay, "a great guy"? Is it the French factor that makes it acceptable, or what is it? Interesting double standard.

Do they sell Raclette? Please tell me the answer is yes.

I have not done this in a long time.. but what about bringing your own bottle to a restaurant? Mayor Koch always did this (at least to some places). I brought wine to an favorite restaurant in Chinatown and they charged me an opening fee.

A couple of comments on the wine issue:
- have the folks commenting about a wine license for this space actually seen it? This space is tiny and has virtually no seating, so unless we want people sipping wine on the sidewalk, it really isn't an option
- the issue of a license at this location can't be just thought of in isolation for this business, as if the business is not successful the license stays, licenses are impossible to get rid of, so while this guy may be great now and deserving of a license, the next guy might not be and residents will have no control over that so . . .
- there are plenty of places to eat and drink in this hood and virtually no place to buy the things we need to live, so seeing another store-front become a food and drink establishment in perpetuity, which if it gets a license for beer and wine it will be, is a shame, as small store-fronts that might support daytime retail are hard to come by

You said - there are plenty of places to eat and drink in this hood and virtually no place to buy the things we need to live, so seeing another store-front become a food and drink establishment in perpetuity, which if it gets a license for beer and wine it will be, is a shame, as small store-fronts that might support daytime retail are hard to come by"