You may not get Nimble on St. Mark's Place 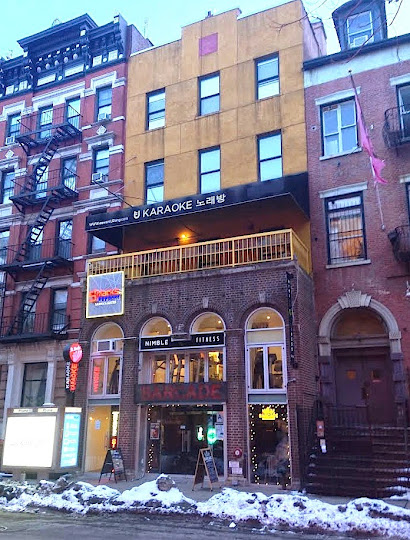 There was a Grand Opening Party (were chin-ups and dips served?) last evening at Nimble Fitness, the new gym on the second level of 6 St. Mark's Place… 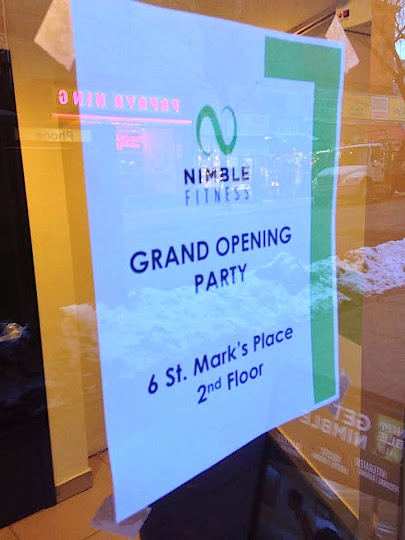 DNAinfo recently had more on this small-group training facility:

Like its original Union Square location, the East Village gym will focus on individualized programs and “holistic lifestyle coaching” to encourage long-term physical and mental health benefits, he said.

The East Village branch, however, contains the “Octagon,” a steel fitness rig that allows up to 12 people to perform several different exercises — like deadlifts, chin-ups and dips — at the same time. 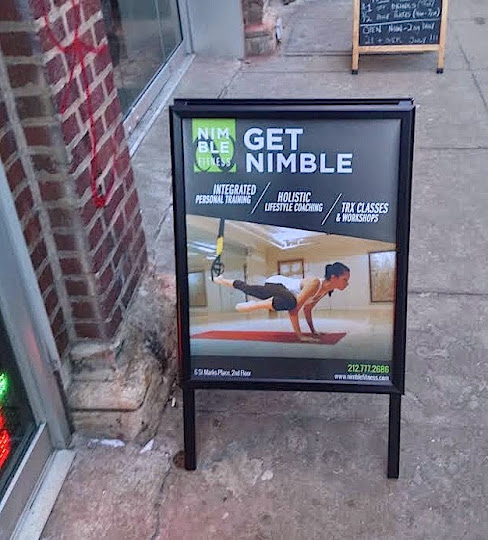 Annnnd, as we've cut-n-pasted before, before the quick succession of ground-floor restaurants, No. 6 was home to Mondo Kim's ... and going back ... No. 6 was first, starting in 1913, home to the Saint Marks Russian and Turkish Baths ... which, in 1979, became the New Saint Marks Baths, the gay bathhouse (purportedly the largest one in the world) that the city eventually closed in 1985 during the AIDS epidemic.

Also, because someone will ask, the new New York Sports Club at 28 Avenue A will open on March 2.

Previously on EV Grieve:
Gym taking over part of the former Mondo Kim's space on St. Mark's
Posted by Grieve at 4:45 AM