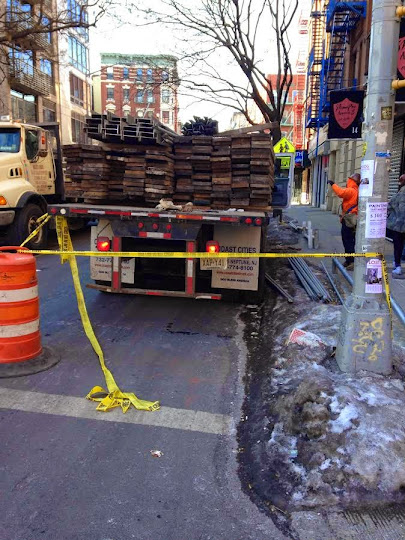 Crews are erecting a sidewalk bridge — for who knows how long — on the southwest corner of Avenue B and Second Street this morning.

Yesterday around noon, the FDNY responded to the scene — specially 201 E. Second St., where there were reports of bricks falling to the sidewalk from the building. 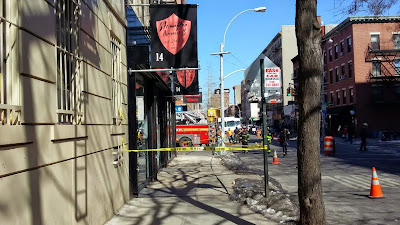 According to paperwork filed at the Department of Buildings yesterday, the FDNY is requesting a "structural stability inspection due to falling stucco."

Meanwhile, there are other open violations on file at the building… stemming from electrical work without a permit. There are also numerous complaints about a faulty boiler dating to 2012. 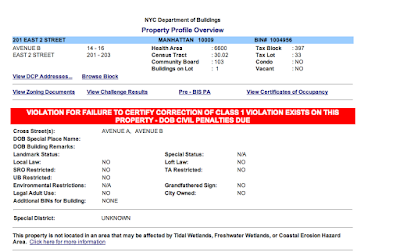 The building is operated by Jared Kushner's Westminster Management.
Posted by Grieve at 11:06 AM