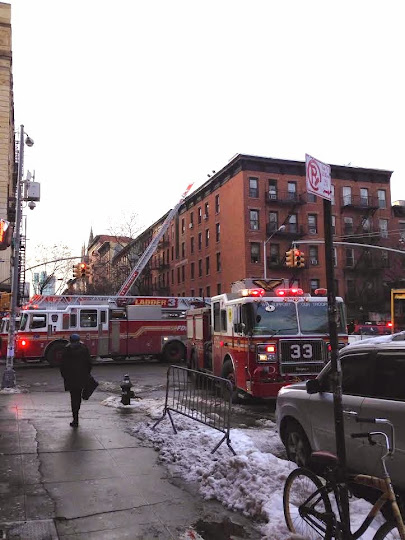 The FDNY arrived en masse at the corner of Avenue A and East Seventh Street shortly after 4 p.m. … where there was a report of a fire at 133 E. 7th St….

MAN ALL HANDS 133 E 7 ST, COMMERCIAL FIRE IN A RESTAURANT,

MAN ALL HANDS 133 E 7 ST, MIXED OCCUPANCY FIRE IN A RESTAURANT, UNDER CONTROL 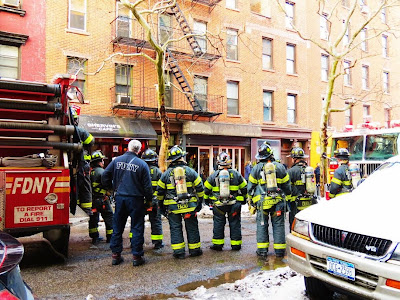 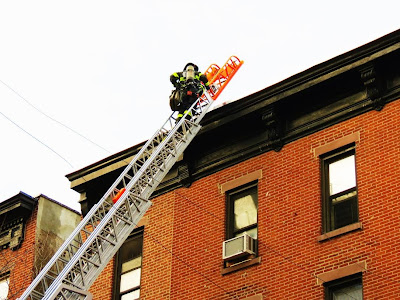 … and Yuca Bar is closed due to "water issues," per the sign…. 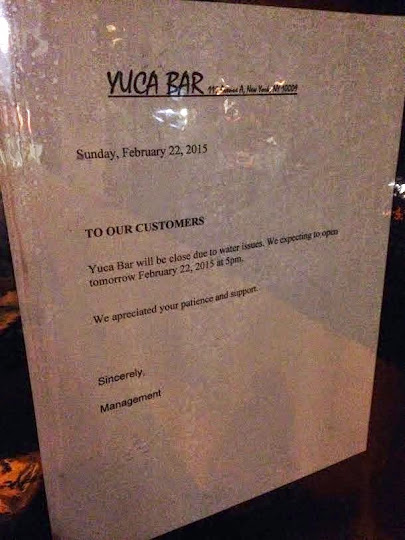 Saw a couple trucks on 2nd Ave and 6th St around noon, as well.

Second time in two weeks Yucca tried to burn down. Last time was in the wee hours, like 3am on a school night. What's going on there?

All restaurants have fire suppression over their cooking areas. These fires usually are in their exhaust stacks that vent out on the roof. Snow or ice can block them and grease that gunks up can catch fire.