Excel Art and Framing Store relocating nearby on 3rd Avenue 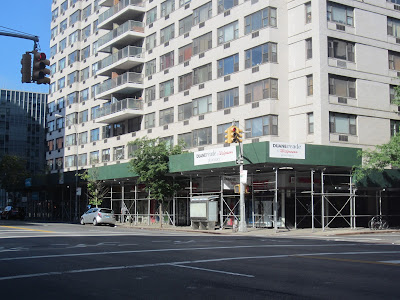 Back in January, we heard that the 21-year-old Excel Art and Framing Store had lost its lease at 38 Third Ave. between East Ninth Street and East 10th Street.

According to various tipsters, the Duane Reade on the corner of 10th Street (above) is planning on expanding into the adjacent storefronts, taking up the space the belongs to Excel and East Village Cheese in the process.

Yesterday we reported that East Village Cheese made the relocation announcement to East Seventh Street official. Now fans of Excel will be pleased to know that the frame shop has a new home … a short distance away on Third Avenue between East 11th Street and East 12th Street… 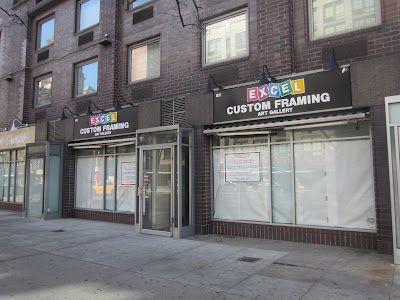 The previous tenant here in the storefronts of NYU's Third North dorm was Everything Bagels, which closed at the beginning of the year.