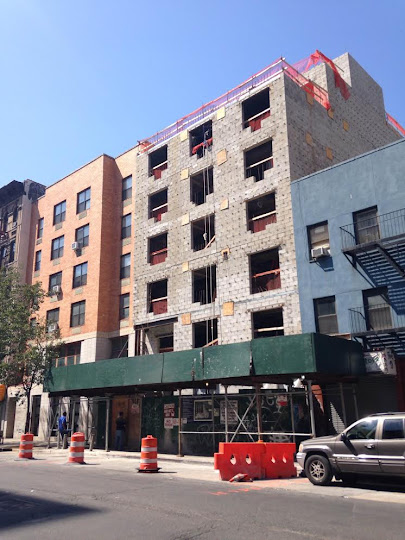 Checking in on the progress at 27 Avenue D, where the Educational Alliance is adding an extension to their existing building here between East Third Street and East Fourth Street.

This location of the Educational Alliance, a co-ed outpatient facility for adults struggling with chemical dependencies, will use the new 6-story building for housing patients in their treatment programs. 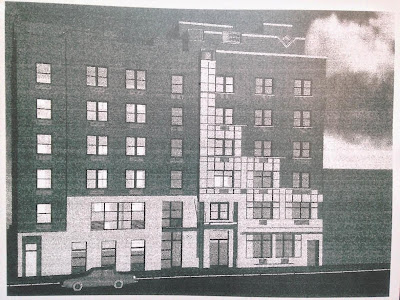 As previously reported… after digging the foundation for the extension, the site sat dormant for several years, collecting water and reportedly breeding mosquitos.

In the summer of 2012, the Orchard Alley community garden on East Fourth Street had to close due to the mosquito infestation coming from the water-filled site at 27 Avenue D. 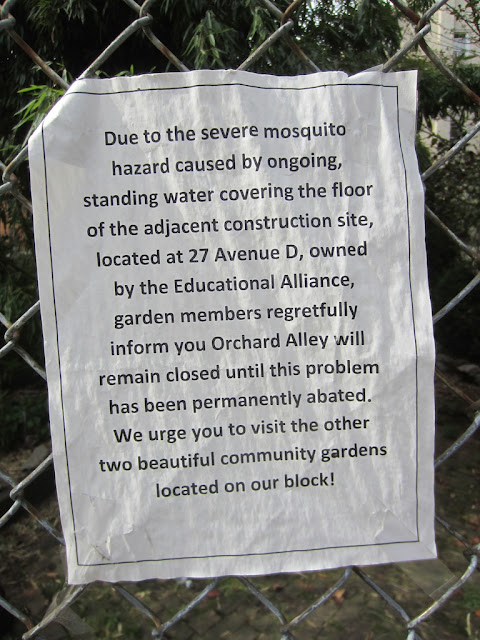 Previously on EV Grieve:
Work on Educational Alliance extension, the former 'mosquito hazard,' resumes on Avenue D
Posted by Grieve at 4:15 AM

I'm happy to know this isn't going to be just another boutique condo—and might even lower property values for neighboring developments!