E-Nail has closed on 2nd Avenue 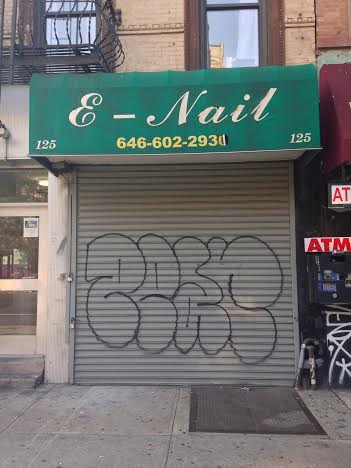 That's it for the 10-year-old salon at 125 Second Ave. between St. Mark's Place and East Seventh Street.

One of the owners told EVG reader Carol from East Fifth Street that they had "lost a lot of business," though the owner didn't specify if that was the result of the deadly gas explosion on March 26 or the recent citywide crackdown on nail salons.

E-Nail was closed for nearly six weeks following the blast two storefronts away ... reopening on May 3.
Posted by Grieve at 4:14 AM

Misspelling 'email' probably did not help? :-)

If anyone knows where the women who worked there work now please lmk. I really liked them. :(

this makes me so sad! This was my go to spot. Somehow I missed this original posting and went down there yesterday to get my mani-pedi and saw they were closed. If anyone tracks down the women please post!