Former Teavana still waiting to be converted into a Starbucks 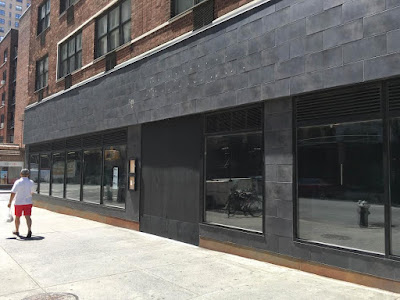 Back in March, the Starbucks-owned Teavana closed on Broadway and East Ninth Street. This was one of those locations that was to become a regular old Starbucks by April.

A walk by the space the other day shows that it remains an empty storefront for now. (There are approved work permits for a renovation on file at the DOB.)

Meanwhile, on this block, the former Radio Shack is becoming ... a Wells Fargo bank branch next door to the Chase branch. 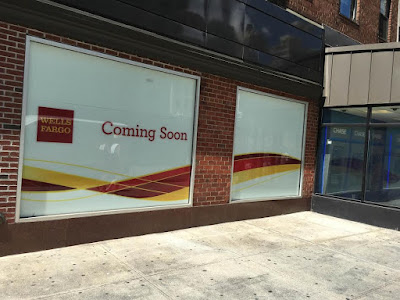 The Broadway-and-East-Ninth-Street space previously housed Silver Spurs, the diner that closed in December 2013 after 34 years in business.
Posted by Grieve at 4:00 AM

Starbucks needs to come up with a DINER CONCEPT. Thanks.

Ugh. What we could really use is a DINER, preferably one like Silver Spurs!

Yeah because until this one opens I might need to walk 30 feet to the next closest one.

Hey Starbucks, instead of another location that no one wants or needs, how about a diner that actually serves good coffee? What a concept.

Good news! They old Lyric is reopening as a new diner--via DNAInfo:

GRAMERCY — The owner of Murray Hill's Gemini Diner is planning to open a new restaurant in the space of Gramercy's shuttered Lyric Diner.

Gus Kassimis, owner of Gemini Diner on East 35th Street, is planning to open "Tivoli Café Bar & Grill," which he described as a "traditional diner with newer flair" in the former home of the Lyric Diner at 283 Third Ave., which closed for good in April.

“We’re gonna have a bar and some tap beers, but you’ll still be able to get your traditional table fare,” Kassimis said. “We were sad to see the old Lyric Diner go, so when we were approached with the opportunity, we said ‘why not?’”

Kassimis said he hopes to have the new restaurant open by Sept. 15.

What we really need is a VEGAN DINER.

Til then, Scuba Diva...Remedy has a nice veg burger. (I still miss Yaffa's garden burgers.)

You forgot to post a picture of the Wells Fargo bank branch literally across the street on 10th and Broadway...