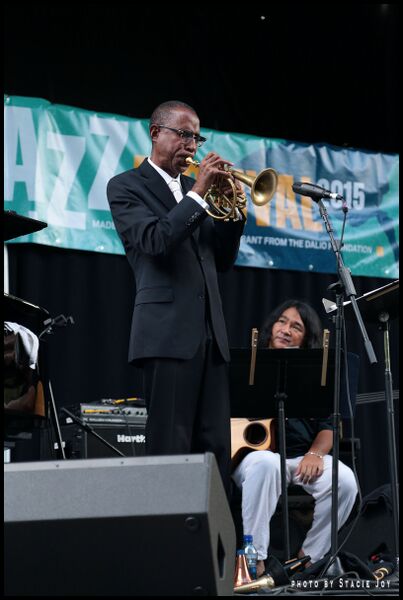 Info on the 23rd annual Charlie Parker Jazz Festival via the EVG inbox...

City Parks Foundation is proud to announce the 2016 Charlie Parker Jazz Festival. The festival is New York City's annual salute to the legendary saxophonist, featuring contemporaries of Charlie Parker as well as young jazz musicians that continue to shape and drive the art form.

In a world of modern music — not just jazz — few figures loom as large or cast as long a shadow as saxophonist Charlie Parker, best known as "Bird" (short for "Yardbird") to generations of musicians. He was born in 1920 and almost 60 years since his death in 1955, he is universally celebrated for single-handedly inventing bebop and bringing jazz into the modern era.

The festival is particularly significant this year given the upcoming centennial of the musical dawning of the term “jazz,” as well as what would have been the 100th birthdays of late jazz greats including Dizzy Gillespie, Thelonious Monk, and Ella Fitzgerald.

Listeners will be delighted by performances from award-winning jazz vocalist, guitarist and songwriter Allan Harris and acclaimed saxophonist Donny McCaslin, who will perform his newest album accompanied by his group.

Charlie Parker is okay, but, what about recognizing Sun Ra and his Arkestra and their residency at 48 East 3rd Street?

Because it's called the Charlie Parker Jazz Festival.

Yo, Charlie Parker's ouvre, imma letchu finish but Sun Ra had the greatest record of all time

The Charlie Parker Jazz Festival is the best music event in TSP, bar none.