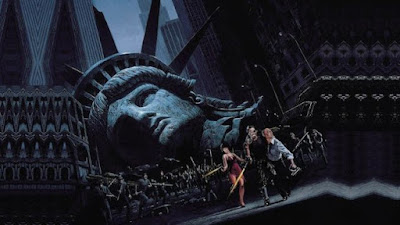 Via the EVG inbox this afternoon...

The New York City Emergency Management Department, Manhattan Community Board 3 and the Village Alliance will host a preparedness fair in the East Village on Wednesday, August 24. [Ed note: Tomorrow!]

NYC Emergency Management staff members, along with representatives from the Department of Health and Mental Hygiene (DOHMH), Department of Environmental Protection (DEP), FDNY, Con Ed, Small Business Services (SBS), and local community organizations, will be on hand to share emergency preparedness tips ranging from how to beat the heat to gas safety. Residents can also learn basic CPR skills and participate in rock climbing.

NYC Emergency Management staff members will also distribute a range of emergency preparedness materials and show New Yorkers how to prepare for their unique needs. Representatives from the Health Department will distribute information about the Zika virus, DEP will discuss water safety, and FDNY staffers will share information on how New Yorkers can become one of New York’s bravest. FDNY EMS will teach residents basic CPR skills.

New Yorkers are encouraged to stop by to learn how to be prepared for any emergency, including steps to make a plan, gather supplies, and stay informed. Residents will also learn how to join their local Community Emergency Response Team (CERT), a program consisting of more than 2,000 volunteers dedicated to helping their communities during emergencies.

Why are they holding it during a weekday? How many of the workers in the Death Star and related building live in the neighborhood? No slight on the workers bees, but if it's a Village Alliance and Comm. Board 3 event, wouldn't they want to reach local residents,not to mention the NYU and Cooper students who won't be arriving for another week or two?

Yeah let's hold this outdoors in the middle of humid August, too.

CB3 and Village Alliance could care less about neighborhood residents.

If it's not methadone, oatmeal and bagels, it's not the ev. Thanks but no thanks, cheese, potatoes, rice yogurt, beer, meat, air and other artisanal inventions! I'll have my pork cracklins as I've had for 5 months, thank you!

Anonymous 8:15, I don't think that anyone is saying that preparedness information is unworthy of the East Village. I just wish that it were possible for EV residents who have jobs not adjacent to Astor Place during those three midday hours to take advantage of the event. Perhaps it would be possible to offer the materials or training early, late, or on a weekend?

Hot flash to GVSHP, NYCEMD, CB2, Village Alliance, and whoever else decides it's more important to hold events on weekday afternoons rather than give up a couple of evening hours - there ARE people who live in the East Village who actually WORK during the day, and outside the neighborhood, which pretty much precludes their being able to attend any meetings, protests, etc. I am certain the turnout on 11th Street would have been bigger had it been held after 5 PM or on a weekend - I would have attended with at least four other people - and I would love to go to tomorrow's disaster-fest, but since my boss has a curious aversion to paying me when I don't show up, it's just something else I will have to miss. Seriously, what are people thinking? If they go to all the trouble of putting something together, why wouldn't they want as many people as possible to attend? Makes no sense to me.

Emergency preparedness -- brought to you by the effers who precipitate more emergencies around the the world than Mother Nature.

"Bitch, bitch, bitch. No good deed can go unpunished." Perhaps but some good points especially regarding timing of this thing to maximize attendance. After seeing how Astor Place is now being taken over by any corporation to promote their brand (for a small application fee) I am weary of anything happening here. It dawned on my during the "open streets" event as I watched Citi take over Astor Place that open streets is just another Citi promotion, 90% of the people of bicycles were riding Citi bikes.

Steven at 1:17--It is actually possible to make a respectful suggestion about scheduling without it being "bitching." And I didn't notice any punishment of the good deed, only a wistful desire to be able to experience it.

If anyone does stop by today, please mention that it would be nice for them to hold more of these events on the weekends and/or early evenings too.

I wanted to go to the 11th Street protest the other day, but I had to work. I actually managed to slip away for a little while that afternoon, but swung by there and was too late and had missed the crowd. It would make a huge difference to schedule these things during off-work hours.