Report: Incoming condos for 13th Street and University Place will start at $6 million 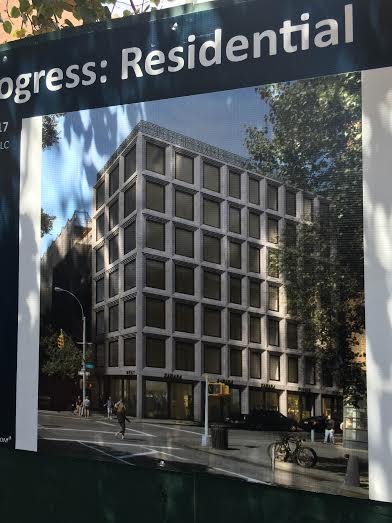 Back in July we spotted the renderings for the new condoplex coming to University Place and 13th Street ... 6 residences above a retail space.

Curbed yesterday got the initial details on the pricing:

Prices on these apartments, which will each measure about 2,600 square feet, will start at a staggeringly high $6 million, though developers Ranger Properties and KD Sagamore Capital haven’t revealed more detailed pricing info beyond that or released info on the priciest pad in the building.

There's also a teaser site for the Morris Adjmi-designed building, which is officially 116 University Place.

Developer Ranger Properties paid $22 million for the lot, and closed down the businesses and moved out the residents 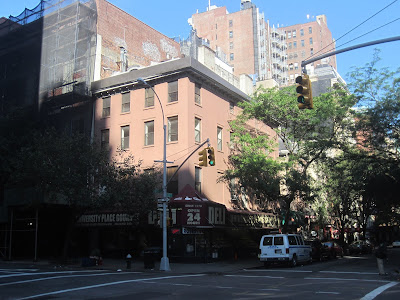 Now I know what real estate pornography looks like. And it's ugly as sh*t.

Yup...now where is my checkbook.
Seriously for that kind of money...wouldn't one prefer a townhouse?!

Aaaargh! I just bought for $2.3M. I should have waited and bought for more.

This whole thing is disgusting. An excellent example of the Bloomberg-ification of New York. STARTING price is so far above what any normal working person could possibly pay.

But I guess we have to get used to our overlords taking whatever they want and desecrating any/every neighborhood by their very presence. They have no use for us "losers".

I wonder how long it will be before the owners in that building will want to privatize Union Square Park to control noise from gatherings & demonstrations?

As an alumni of The New School, I know this area quite well. I used to walk University every day for years. It is unrecognizable now and what is perhaps even more astonishing is actual rate of the condo. If I had 6 million dollars to spare, I'd be certain not to buy a place in that building or location. What is the matter with people? Are some willing to consider this insane amount?

I'd rather buy ocean front property with a pool, garage, a car, furniture, with money left over to travel, and invest. 6 million is a joke! It's time to consider leaving the city.

This isn't Park or Madison Ave. Who would consider paying 6 million dollars for this locale? The only people who can afford this are millionaires and billionaires. Bullshit. This city is for the uber rich. The rest of us who live here are fucked.

The race is on to park as much $ as possible in NYC real estate (and a few other cities around the globe). Six million isn't even mid-range for these people.

Who the hell has this kind of money for an apartment? That is all it is, an apartment, really. How can you explain this to people? What is is, $3000/sf?

That is one butt ugly building - and renderings tend to make buildings look nicer. Man what an eye-sore thing is gonna be!