Workers clear the weeds from 123 2nd Ave., which is currently off the market 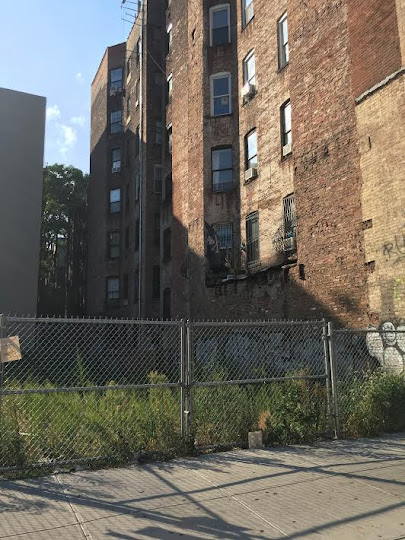 On Wednesday, workers arrived at the former 123 Second Ave., as these photos by EVG correspondent Steven show ... 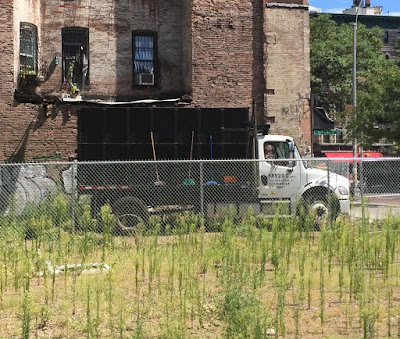 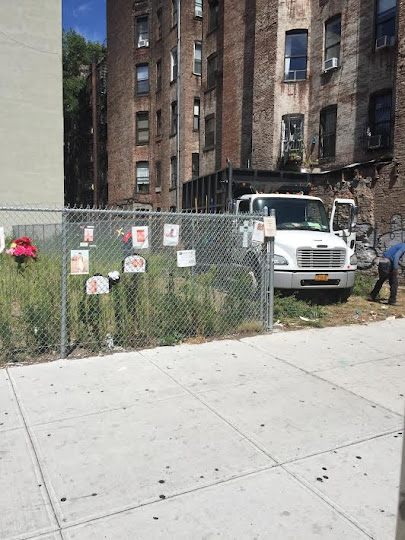 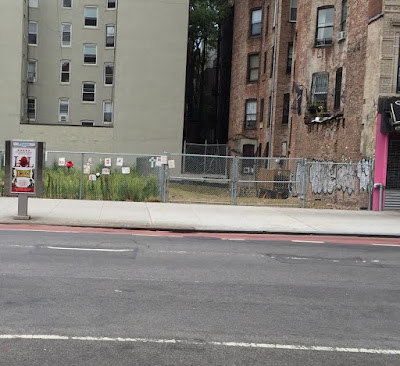 In early March, George Pasternak, the landlord of 123 Second Ave., put his vacant plot of land up for sale, asking $9.7 million. According to the listing at the Compass brokerage firm, No. 123 is currently off the market...

However, the adjacent properties, 119 and 121 Second Ave., owned by Maria Hrynenko, who faces various charges, including involuntary manslaughter, remain untouched. 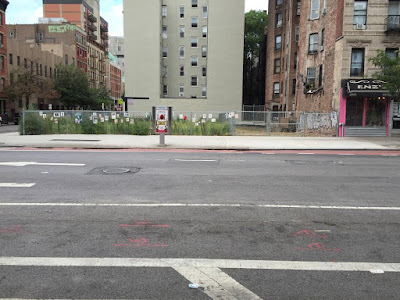 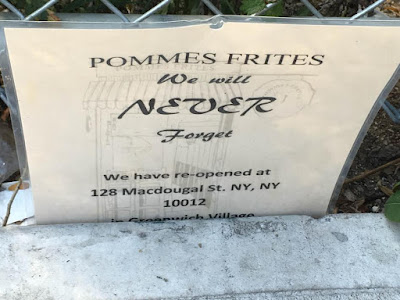 The Pommes Frites flyers are back... 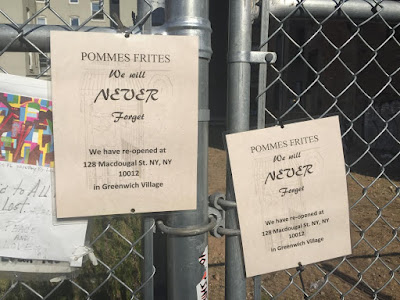 Does anyone else think these Pommes Frites "never forget" signs are insensitive right by memorials to 2 people who actually died? PF was a business, and managed to relocate.

Those Pomme Frites flyers make me uncomfortable. I'm sure they are good people and clearly they were affected by what happened, but it seems rather opportunistic to post something for business purposes.

Regarding the beloved Pommes Frites, it's time to move on. We don't consecrate the ground in a secular society. They were in this location, they were a business, their signs are no worse than any others.

Right now that site is all about money... The real estate interests and the survivors. A pox on all of them. Get out of our neighborhood!

cmarrtyy, That site, and every other, has never been about anything other than money.

This the Big Apple people it has a few worms so get over it.

I see I am not the only person taken aback by the Pommes Frites signs. Are those for real? Did the owner of Pommes Frites really approve their placement? It is hard to believe. How could a business advertise its relocation on a site where two people died?

We will NEVER forget. C'mon, that shit was horrible but what a corny line. We know you won't forget, now go sell your fries. Why would you forget? Bye.

I'm going to interpret that sign in the most negative, cynical way possible.

I understand a sign announcing relocation, but "never forget"? As corny as the line is, it evokes 9/11 and is frankly in poor taste next to photos of the 2 dead men whose families and loved ones will surely never actually forget them.

By the way, although one of the victims' families is in, I believe, Guatemala, and thus unable to visit the site, the other man's family do still visit the site to mourn. I can't imagine how I'd feel in that situation where right next to me a business was trying to advertise its relocation that way, by likening relocation to death.

I didn't hear anyone complaining about the tasteless Love Saves the Day memorial paper plate.

I lost all respect for pommes frites when they started soliciting back door donations.