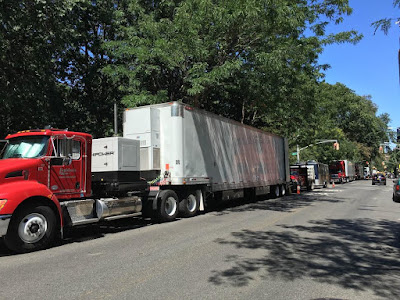 Busy week for filming in and around Tompkins Square Park. Yesterday, crews for the CBS drama "Blue Bloods" were filming scenes on Avenue B and 10th Street (and probably elsewhere) ... this afternoon, the NBC series "Blindspot" is filming in Tompkins Square Park... (some kind of press conference where someone pulls a gun...) The trucks are lined on Avenue B from Seventh Street to 11th Street... 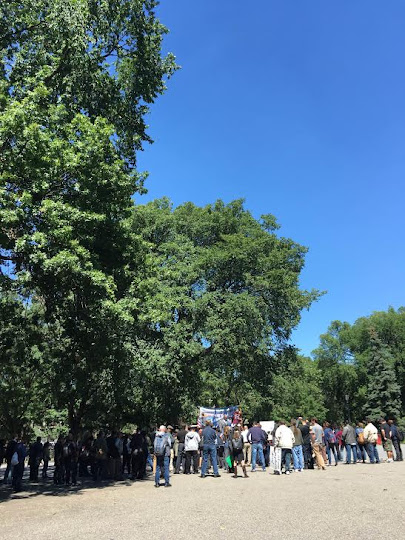 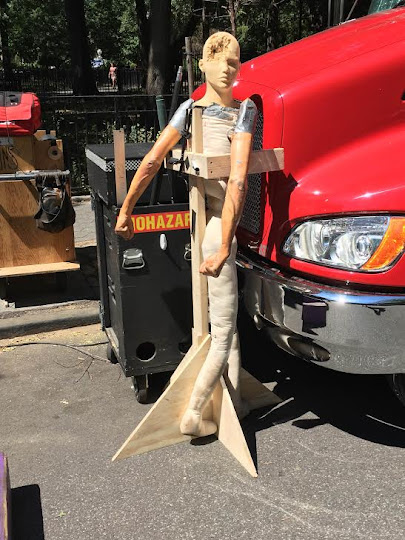 And tomorrow, there are posted signs around Avenue A and Fifth Street and Sixth Street for HBO's "The Deuce," which has already used East Village streets for some filming...
Posted by Grieve at 2:25 PM

Make sure to heckle Tom Selleck of Blue Bloods for being a Trump supporter asshole.

He was an asshole even before he came out for Trump. Check out the story of how he hired a big rig to steal hundreds of thousands of gallons of water from a city hydrant during the height of the CA drought so he could illegally water his avocado trees, at a time when the average peon wasn't even allowed to wash their car.

Which shows you how uppity the average peons have become that they can even own cars. We'll fix that soon enough.

Gojira thanks for reminding me of what that despicable man did! Yes, Selleck has been a pre-Trump '16 asshole for years.

Okay, someone yell out "How are your avocado trees doing, Selleck! You gonna steal more water from California to water them?" I bet he'd crack a smile.