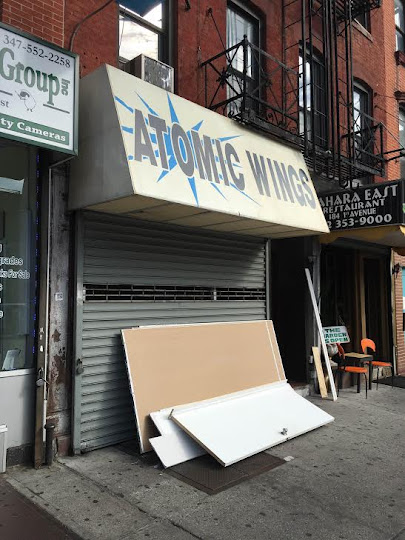 Both the Atomic Wings on First Avenue between 11th Street and 12th Street ... and the Edible Arrangements location on St. Mark's Place between Avenue A and First Avenue have been closed now going on three weeks.

There isn't any signage at the Atomic Wings, which has multiple locations around the city. 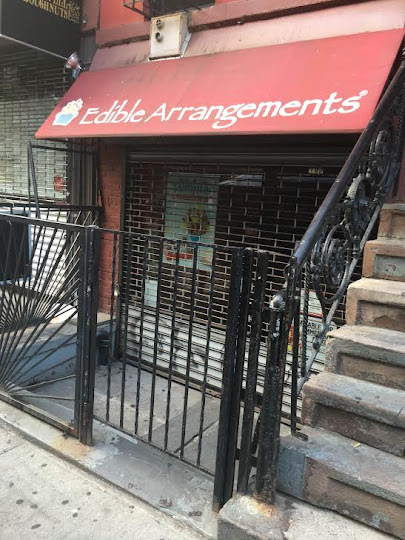 The Edible Arrangements, which also has numerous outposts in the city, has a note on the door stating they are "currently closed for renovations." The note also points potential Edible Arrangers to visit the Tribeca location for your fresh-fruit bouquet needs. 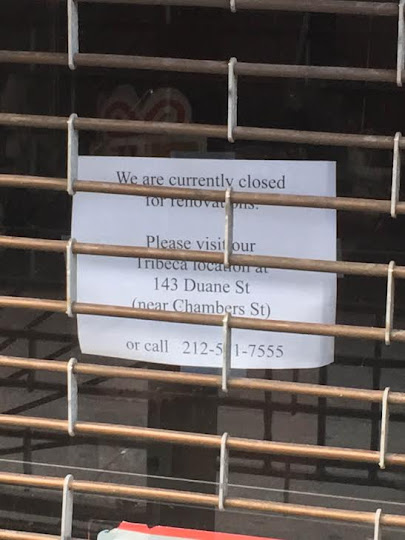 There aren't any work permits on file for the storefront... and there hasn't been any sign of work in these past few weeks.

Updated:
Both businesses eventually reopened... however, Atomic Wings then closed again in the spring of 2017.
Posted by Grieve at 4:07 AM

Edible Arrangements. I don't know what to say. Just buy some fruit.

I agree with anonymous@8:10am, don't get Edible Arrangements, either. Lost of under-ripe cantaloupe and melon on toothpicks, interspersed with a few strawberries and pineapple chunks. Just buy nice fruit.

Was Edible Arrangements ever actually open?

If no one else is gonna show love...
Atomic wings is great and I'll miss them if they leave.

Atomic Wings was great, but the last couple of years the ones from this first ave location were greezy nasty and flaccid waffle fries... the wings at Associated and key Food were better, and thats saying a lot.

People buy Edible Arrangements for the same reason you buy flowers; to give as gifts.

if anyone every gave me an Edible Arrangement as a gift I would reconsider the relationship entirely, and quite seriously question that person's sanity

The Online had a headline a while back: Continued Existence of Edible Arrangements Defies Central Tenets Of Capitalism.