Out East quietly announces itself on 6th Street 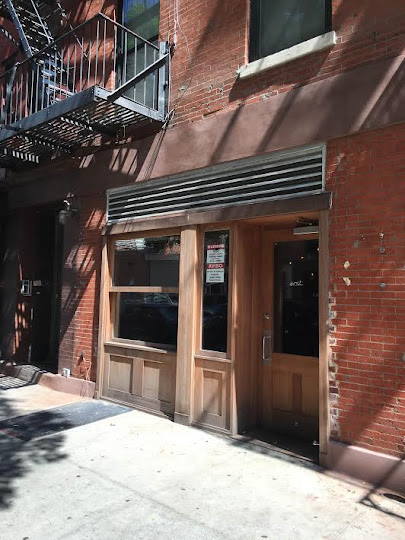 As previously reported, veteran restaurateur Peter Kane (Bowery Meat Company, Stanton Social, Essex & Beauty, etc.) is one of the applicants behind a new project in the works for 509 E. Sixth St. between Avenue A and Avenue B.

The venture, serving "new American cuisine," is called Out East, which has been added to the front door here... 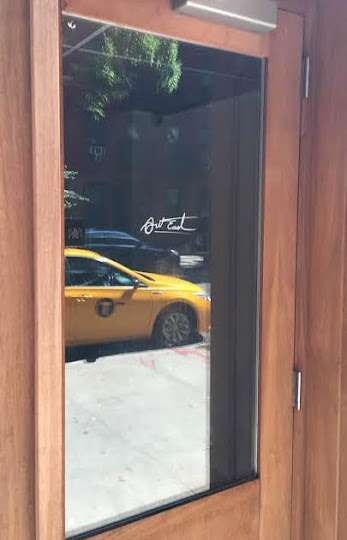 CB3 OK'd a liquor license for the space last month. The paperwork (PDF) filed at the CB3 website ahead of the meeting revealed a fairly large establishment — a two-level restaurant space with 38 tables for 104 diners plus two small bars seating 16 people total.

Here's what CB3 had to say about the applicant via the official July meeting notes:

Well, there isn't an existing restaurant at this location. The space is empty. The last full-time tenant here was Kion Dining Lounge maybe about seven years ago. As far as we can recall, the last tenant here was a pop-up bar from the folks behind the Buenos Aires Restaurant during the 2014 World Cup.

Email ThisBlogThis!Share to TwitterShare to FacebookShare to Pinterest
Labels: new restaurants, Out East

What East Village restaurant/s would Patrick Bateman dine at?

The approval is fucking bullshit. This guys "restaurants' are also clubs that serve the most annoying, touristy, bridge and tunnel, Uber and idling car obsessed douchebags. Terrible discretion here, CB3, and I'm usually pro liquor/nightlife when it's fit.

I hope Chris Santos isn't involved...who is the chef?