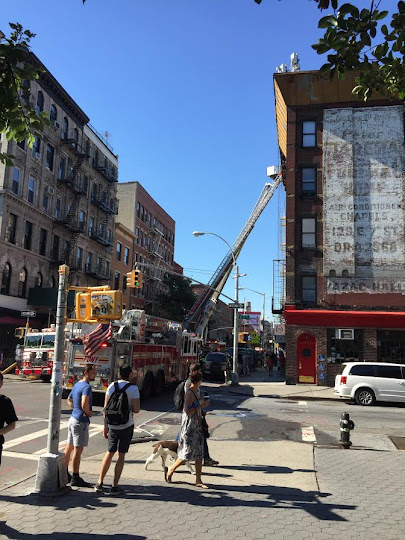 The FDNY is responding to a report of a fire at 104 Avenue B between Sixth Street and Seventh Street ... (the building one south of where Vazac's/7B/the Horseshoe Bar is...) 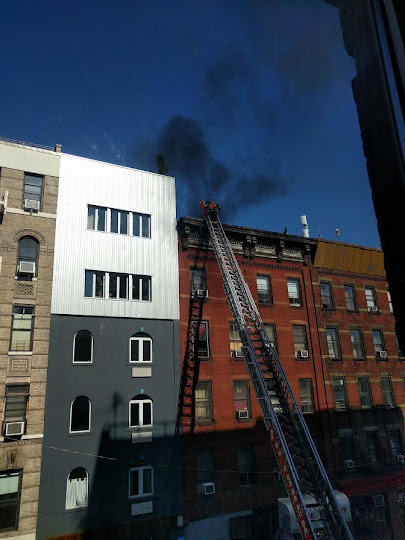 Fire on Ave B, right near 7B (but doesn't look like 7B building) cc @evgrieve @chelsa 🔥🚒 pic.twitter.com/X4WRvFPhYJ

No word on the cause or the extent at this moment. The fire, which appears contained to the roof, did not make it to the @FDNYalert... One witness said that the smell of smoke is strong for several blocks.

Updated... via the comments: "according to neighbors who eye witnessed the event, an air conditioner caught on fire. firemen had to ascend through the adjacent building and douse the flames from the roof."
Posted by Grieve at 10:38 AM

according to neighbors who eye witnessed the event, an air conditioner caught on fire. firemen had to ascend through the adjacent building and douse the flames from the roof.

Glad nobody was hurt. And hey look! Welcome back comments on the side!

Testing out new Recent Comments widgets, Makeout! Not sure I like this one...

Somehow Jessica Jones is mixed up in all this.

Yeezus, what is that white and gray abomination in the second image?!?

Comments are weirdly truncated. What happened to the original widget?