A fledging in Tompkins Square Park, and in rehab

As Goggla reported yesterday, Urban Park Rangers removed the older of Amelia and Christo's fledglings, who fell sick, in Tompkins Square Park. (More on that in a minute.)

Meanwhile, the younger fledgling continued to entertain in the Park ... Steven shared these photos from today... 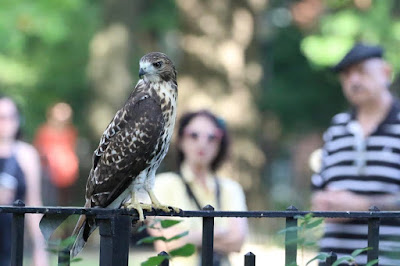 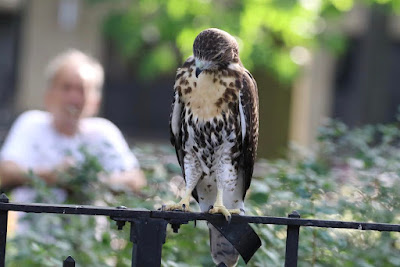 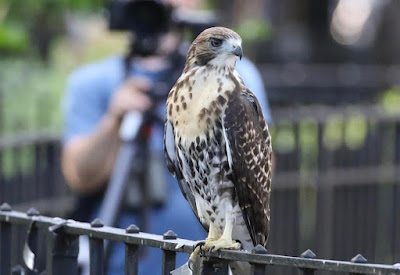 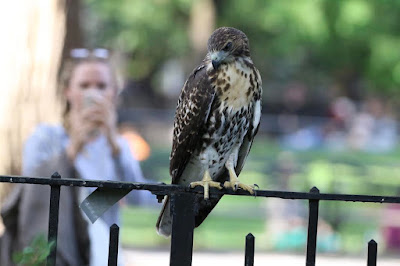 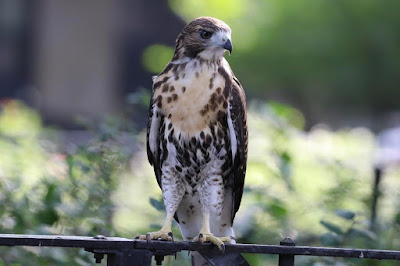 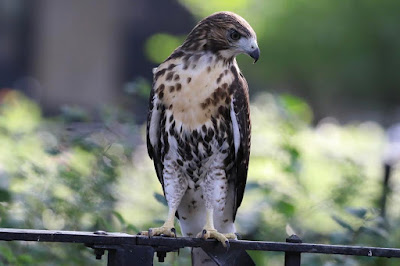 ... eventually the fledgling took a bow... 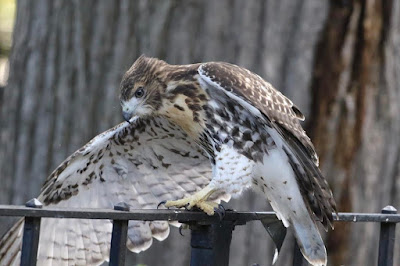 ... and then went up into a tree and ate a pigeon or something... As for this fledgling's sibling... Bobby Horvath of the Wildlife in Need of Rescue and Rehabilitation Inc. (WINORR) posted an update on Facebook. Per Bobby:

After being delivered to the Animal Medical Center the exotics dept. did blood work to check for West Nile virus, lead and rodenticide poisoning. Early results showed anemia and exposure to rodenticide so immediate treatment was started. It may also have either of the other 2 ailments but those results won't be known for a day or 2. Medication and supportive care hopefully can reverse any damage and this young male can recover. 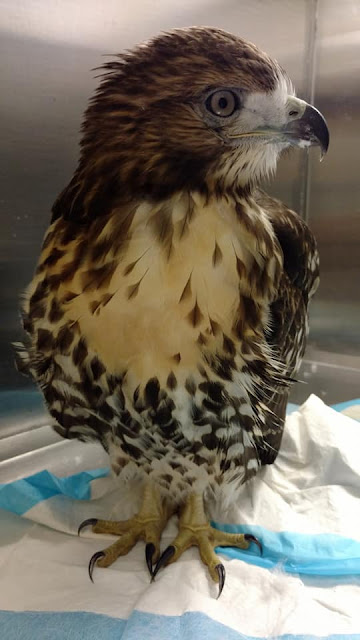 Interestingly enough, he's at the same facility as Dora... I'm not sure how you'd describe this relation...

The whole system is broken. We are filthy animals, thus we attract vermin. Then we have to eradicate the vermin with rodenticide, but then that means we now have to tend to the wildlife who are hurt by the rodenticide.

I hope they both recover.