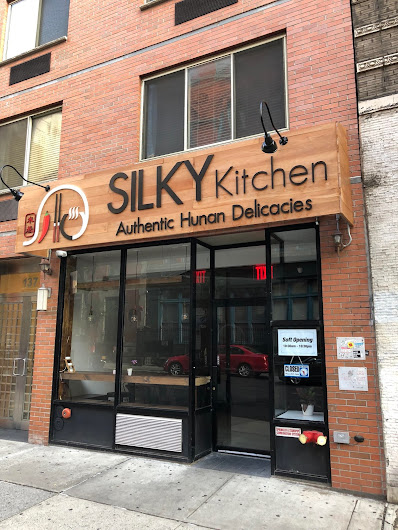 Signage points to a soft opening, with hours of 10:30 a.m. to 10:30 p.m. This link goes to Yelp, which has the Silky Kitchen menu, including a variety of house-made dumplings and entrees, such as Hot and Sour Chicken Gizzard, Pork and Pepper, and Stewed Beef.

And FWIW, in its first week, Silky garnered 21, five-star reviews on Yelp ... (and 13 of the raves are from first-time Yelp reviewers).

Previously on EV Grieve:
Silky Kitchen set for 13th Street
Posted by Grieve at 4:00 AM