Mexican restaurant back on for 157 2nd Ave.? 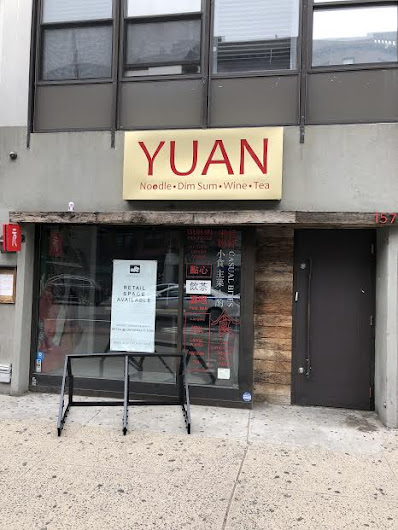 A for-rent sign remains on display in the front window at 157 Second Ave., which was most recently Yuan Noodle.

And for a few days, there was a notice from the State Liquor Authority (SLA) about a new applicant seeking to sell liquor here between Ninth Street and 10th Street ... 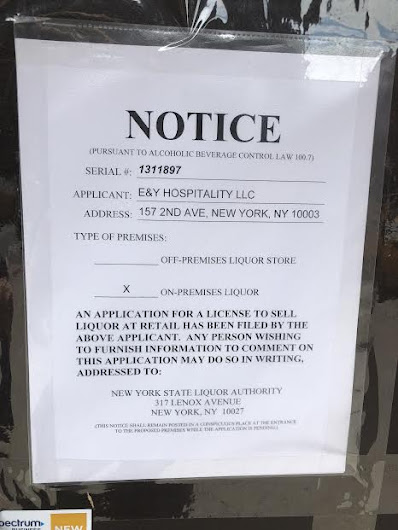 However, the SLA notice has since been removed at No. 157. So the Mexican restaurant's status remains unclear at the moment.

Despite the application on file at the CB3 website back in May, Yuan owner Jacob Ding told Eater that his restaurant was not closing. Yuan shut down nearly two months later after a year in business.

Previously on EV Grieve:
Yuan Noodle may be yielding to a Mexican restaurant on 2nd Avenue

This spot is like the restaurant retail version of one of those strongman contests at a carnival, where you try to hit the bell with the sledgehammer. Step right up, test your resolve!