Downtown film classics return with 'The Spaghetti Chronicles at Pangea' 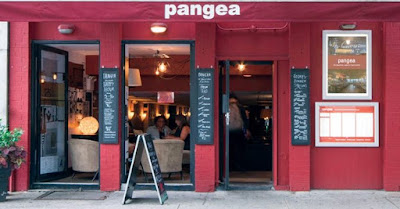 American Montage’s Eric Marciano and Kevin Malony team up to curate a series of avant-garde downtown film classics every Monday night from July 16 to Aug. 27 at 8 p.m. Served up with $10 spaghetti dinners these $5 cash-at-the-door screenings called “The Spaghetti Chronicles at Pangea” will give you a delectable diet of little-seen and — in some cases — uber notorious downtown hits, including The TWEED Fractured Classicks series, as well as art-house wonders from Marciano, whose groundbreaking work is in the permanent collection at MOMA. It’s a veritable phonebook of household names from the East Village heyday.

Here are highlights from the first two nights in the series:

“Narrowcast” by Eric Marciano (Color - 21 minutes)
Starring Chris Tanner, Mary Lou Wittmer, Jeff Paul, Don Creech and David Anzuelos
Before Survivor, Big Brother, The Apprentice or Keeping Up with the Kardashian and Ru Paul's Drag Race there was “Narrowcast”, the most prescient film ever made about Reality TV.

The series concludes on Aug. 27 with the "surrealistic gender-fuck noir" "The Mailman Always Comes Twice," a loving tribute to "The Postman Always Rings Twice."

This link has more details on the series.

Pangea is at 178 Second Ave. between 11th Street and 12th Street. Revisit our interview with Pangea co-owners Stephen Shanaghan and Arnoldo Caballero right here.
Posted by Grieve at 8:30 PM

Email ThisBlogThis!Share to TwitterShare to FacebookShare to Pinterest
Labels: Pangea