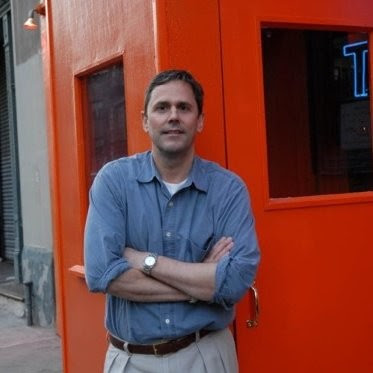 Dear Friends,
My beloved brother Jim passed away Tuesday July 10. Thank you all for your heartfelt messages....and hold him in your prayers. You have my deepest gratitude.

A friend said that Moffett was 59.

According to Moffett's LinkedIn profile: "Great Jones Cafe has been serving great food and drink in NoHo since 1983. I went there so often, I bought the place in 1989. Sometimes I say I bought it twice."

Meanwhile, there isn't any word just yet on the future status of the restaurant, which has not been open since service ended on July 10.

There's no message at the restaurant, its website or social media accounts. The phone goes unanswered during business hours. 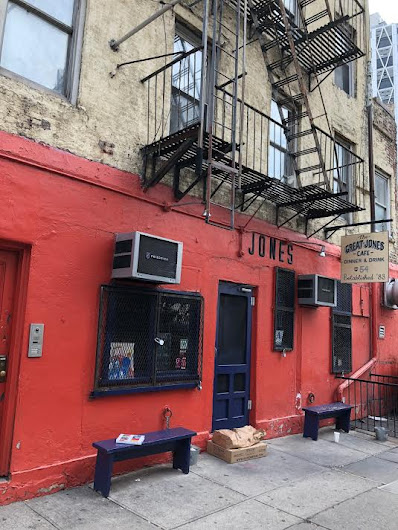 Last July, there were conflicting reports that the Cajun favorite near the Bowery was ending its long run here. Members of the waitstaff had told regulars that the diner was shutting down. The story changed on July 26, on what was said to be their last day. An employee told the Daily News that the Great Jones would close for a week of clean-up, and decide then whether or not to reopen.

There was a huge turnout on July 26. There were tributes to the restaurant with 10 tables and the menu stenciled on the wall.

However, the Great Jones did reopen on Aug. 2. According to the Daily News that day:

Moffet claimed that he shutdown the eatery for one week following a "very serious" hospital stay last month that prevented him from operating the place. When reporters called last week to check on rumors The Great Jones Cafe was going out of business for good, Moffett didn't get back to them and rumor spread that it was an end of an era.

At the time, Moffett said there was more than a year left on the lease and the restaurant remained on good terms with the landlord. (Gothamist has more from last August here.)

Meanwhile, his friends left tributes to him on Facebook. Wrote one: "He was one of the sweetest, caring people I have ever known."
Posted by Grieve at 5:52 AM

Very sad. A great place, a great guy. Hopefully the place will live on.

Thats terrible news, thoughts and prayers to his family and friends.

RIP Jim. My heartfelt condolences to your beautiful mother and brother. You will be missed on Nantucket and by all of your friends and family. God Bless.

I worked next door to the restaurant for many yrs, frequented JONES’ happy hour almost nightly, and met a lifetimes share of strange & beautiful E-ville ppl here! Swapped beers and tales with the FDNY 33/9 here (RIP). I counted Jim, Bill, Mark as friends/brothers. All, some of the sweetest, realest cats you’re ever gonna meet! I did woodworking projects for the restaurant and brought in the Black Seal Rum, (back from my first stint in the USVI), used for the Dark & Stormies. It was my living room, and they were my family for many, many yrs! My best and most fulfilling yrs in nyc. Both because of the richness of the company kept and the experience of having been changed and enlightened by that company. See ya Jim, @thenextwateringhole.

Just noticed this is the CB2 September meeting schedule.
Must be reopening...!