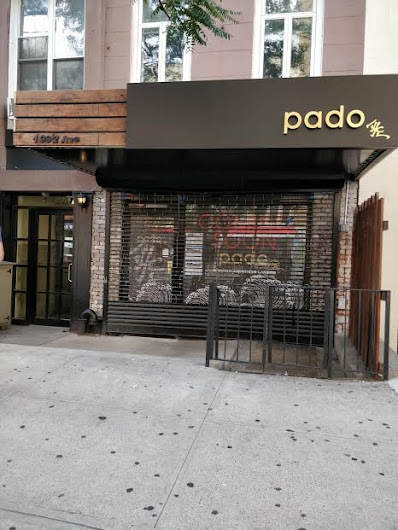 EVG regular Shiv shared this photo ... showing the signage up at 199 Second Ave. for Pado, which will serve "Modern Japanese Cuisine." No sign of an Internet presence for Pado just yet (other than a placeholder on Facebook...).

This space between 12th Street and 13th Street was previously Oishi Village Sushi, which closed in late December after nine months in business.
Posted by Grieve at 4:00 AM