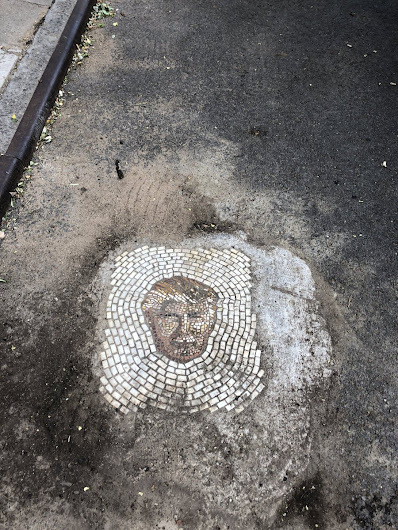 Chicago-based artist Jim Bachor filled several NYC potholes with mosaic art this past week... including one of President Trump on Second Street between Avenue A and First Avenue, as we noted Wednesday.

When asked about the work, DOT officials weren't amused, and vowed to pave over the mosaics, the Post reported on Wednesday.

And yesterday, the city made good on that promise, removing the work on Second Street... 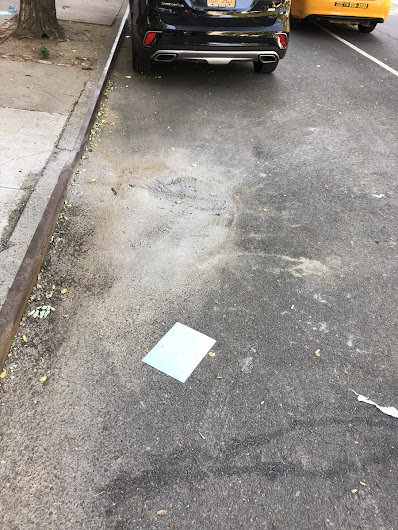 The speed at which the city responded took Bachor by surprised. He posted on Twitter: "Damn that was fast."

One Twitter user noted that this pothole, adjacent to a fire hydrant, likely never would have been filled by the city otherwise.

Really, @NYC_DOT? You have nothing better to do?

Bureaucratic spitefulness at its finest.https://t.co/48ss3kLKFz

So if you want something fixed by the City in a FLASH, all you have to do is put Trump's face on it . . . LOL!
We commend you, Jim Bachor, for your extraordinary talent and efforts!!!

I'm guessing someone at DOT got triggered by this particular artwork. Hey, Donny's got at least one friend in that department.

@9:32 I have some potholes in mind that could use the DJT treatment.

Unrelated comment: HOW would one contact the new "Nightlife Mayor" and her "team"? Do they have a phone number? Are they only available 9-5 M-F? Would love to know!

If we put Trump's face on CHARAS, will the city take it back?

Too bad Bachor didn’t stick with Popsicles. It’s a shame that everything has become so politicized. I used to enjoy his pothole treatments.