A visit to Lancelotti Housewares on Avenue A 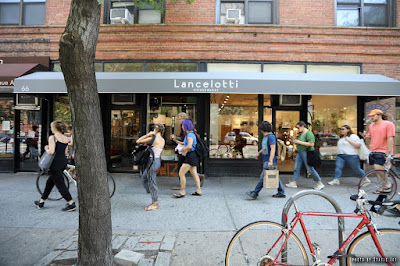 Earlier last month, Lancelotti Housewares expanded into the recently vacated adjacent space at 66 Avenue A between Fourth Street and Fifth Street. Here, co-owners Jeff Chatterton and Michael Isaacs discuss the expansion, their customers and the reasons that brought them to the East Village. 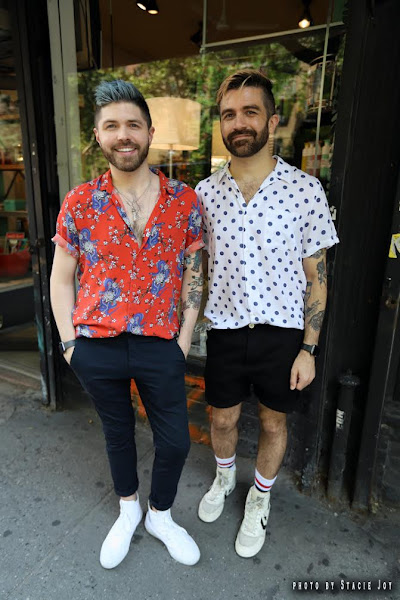 [From left: Isaacs and Chatterton]

How did Lancelotti come to be and what is its history? When did you purchase the shop?

Isaacs: Lancelotti was first opened in 1996 by Linda Heidinger, who still owns Alphabets. She saw a need for something like this in the neighborhood. She also has a passion for home goods and has an amazing eye for interiors.

In early 2016, Jeff and I got married and we were trying to figure out our next step. I’d been working at Alphabets and Lancelotti for about four years. Jeff had been managing EasternBloc, and we knew we wanted to open our own business.

In mid-2016, Linda came to us and asked if we would be interested in purchasing the store from her. Immediately I think we were a little shocked and not sure what to do, but after much discussion we decided it was an offer we couldn’t refuse.

Why and when did you decide to expand?

Chatterton: I think we wanted to expand the day we took over! We talked about opening another location, but also wanted to take some time before jumping into any kind of expansion. About a year later, we heard that Mast Books was moving to its new location.

Once we learned that the two stores used to be one space and we could easily open the wall up, we decided it was a great opportunity to better showcase our products. I always felt like the store had two different personalities: a utilitarian kitchen store and a home boutique. Having two separate areas made sense.

To what do you attribute your business success?

MI: Well, definitely all of you! People, especially in this neighborhood, love to support small business. It’s what makes this neighborhood so special. People also love to see items in person rather than taking their chances online. To physically touch and see a product makes a world of difference.

We also credit Linda for her vision of the store and what it became. She has an amazing eye for this type of thing. She always found the best items and taught me how to as well. Another thing is the selection of products we try to carry. If someone had to furnish a whole apartment, then they could do so in here, and even more so now. One thing people also appreciate is the customer service. The people that have worked here over the years have helped to make sure people find what they need and are always greeted with a friendly smile.

Who is a typical customer and what is your best-selling item?

JC: I don’t think we have a “typical” customer, which makes things more interesting for sure. We have customers who are 11 years old and customers who are in their 80s, NYU students, people new to the neighborhood and old-school East Villagers who’ve lived here for decades. There are a lot of tourists exploring the East Village, and some international customers who live in places like Japan, New Zealand and India who come by whenever they’re in town.

MI: We sell a lot of candles. One of our more popular brands is the Boy Smells “Cedar Stack” candle. We also sell a ton of printed bowls — they've become a staple in our store and people love to mix and match and have fun picking them out. We definitely sell a lot of our houseware basics, like dish towels, glassware and kitchen tools. 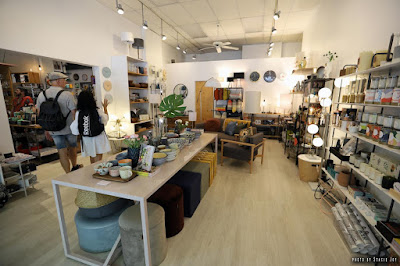 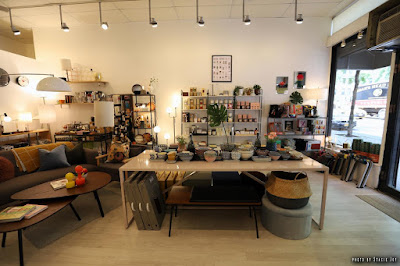 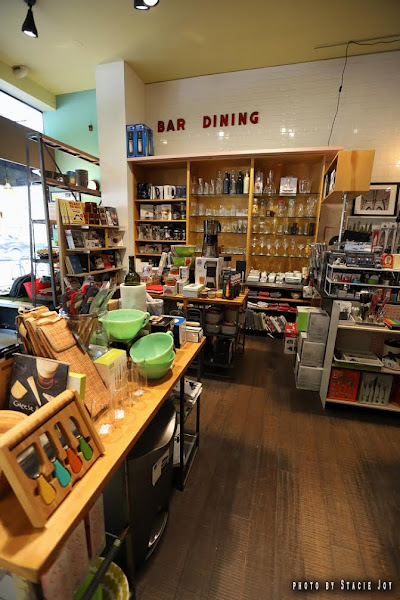 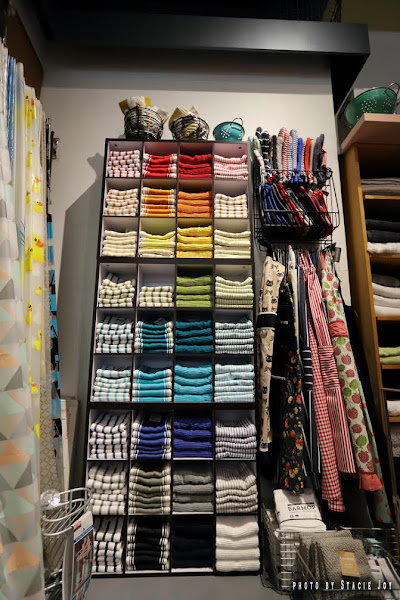 What is your favorite part about being in the East Village?

JC: The East Village still feels like a real community to me, which I don’t always see in other parts of NYC. I think of the first time I saw the "Wigstock" documentary when I was about 18, and Tabboo! singing “It’s okay/to be gay/on Avenue A…It’s Naaatural!”

I think I moved to NYC in 2004 chasing that idea, and Avenue A became my immediate stomping ground. Michael and I met at EasternBloc, a few years later we got married at Bathhouse Studios, and we live in the neighborhood. I think living here helps us understand what people want, even though the neighborhood is definitely still changing.

MI: Like Jeff said, it just feels like a real neighborhood and I have gotten to know many of the people, which makes it feel like even more of a community. One thing I love is the history of the neighborhood. I remember watching Nelson Sullivan’s videos on YouTube of RuPaul and her friends parading around the East Village and especially Sidewalk Cafe, thinking how fabulous it was and how I wanted to be there.

I’m embarrassed to say, seeing “Rent” in Oklahoma, where I’m from, made me fall in love with NYC. I moved out here with my friends for college and all four of us lived in a two-bedroom apartment on Ninth Street between First Avenue and Avenue A. And I haven’t left the neighborhood since!

What’s next for Lancelotti? Any further expansion plans?

MI: Well, currently we are focused on our new side and the existing too, and really bringing in more products the neighborhood needs and just making the store the best it can be. We want to start finding more interesting products that you can’t find anywhere else. I think one thing we always say is we want to get a website up so people can shop with us online and see what we have, but that’s quite a task considering our inventory. But when that’s all said and done we will see what happens.

JC: We’d definitely love to open shops in other neighborhoods eventually, maybe even outside of the city, but that would involve us actually having to leave the East Village occasionally, so we’ll see! 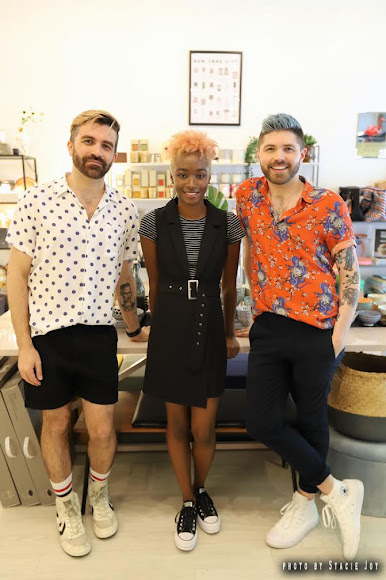 [From left: Chatterton, store clerk Kia Scott and Isaacs]
Posted by Grieve at 6:00 AM

Email ThisBlogThis!Share to TwitterShare to FacebookShare to Pinterest
Labels: A visit to, Lancelotti Housewares, Stacie Joy

I love this store! They're so sweet. (And those candles are awesome!)

WE all need to support (i'm an avid AMAZON person) this venture---in the past---one of my peeves has been the indifference/ambivalence of new business coming to the east village---my feeling is that an 'idea' is hatched and without a lot of thought a store is born---this is different :)

Congrats on your expansion! We love Lancelotti....always wondered where the name came from?

I've been here but didn't realize they had all this cool stuff. Would rather buy from here than Target or Amazon!

The people that work here are as beautiful as the items in the store. And awesome photographs / reporting as usual Stacie Joy!

I love this store, every item feels so carefully curated and special! Wishing you the best with the expansion and the increase in customers it will no doubt bring.

Those two guys are sweet indeed.

I recently made a purchase for my bathroom last weekend. When I brought it home, I quickly realized it was not going to pan out after all. Chatterton, one of the owners, couldn't have been nicer when I stopped by to return the gadget for my tub, even when the package was already opened.

He's professional and kind, which is often a difficult combo to find in NYC at times. I've been a loyal customer of this store since I moved to alphabet city in 2010. They have unique and beautiful merchandise. The clean and modern addition, along with the new ownership of both young men is a welcome change to our community. I will return soon. And I wish them both the best.

One of my favorite shops and I'm so glad they've expanded. Every item I've bought there has beautified my apartment. It's really great to have a stylish and affordable homegoods store in the neighborhood and I wish them the best!

THIS is what we need more of! Congrats on the expansion! I appreciate the owners, who are running a wonderful store & who are an absolute asset to this area!

If you want to have a really enjoyable day in the neighborhood, hit up Lancelotti, then walk over to Timbuktu on 2nd Ave btw 2nd & 3rd Streets, then go up to Himalayan Vision btwn 7th & St Mark's. Wonderful shops with the friendliest people you can chat with all afternoon. Cap it off by heading across the street to the new Swiss Institute, my new favorite addition to the neighborhood. After visiting these places, you'll remember why this neighborhood is still the best.

I agree with one of the commenters. The space is carefully curated. Both of these handsome, young men have a gifted eye for style and detail. It's a lovely store not too far from my apartment. I've found many gifts for many different occasions here and refuse to visit the larger corporate shops. The staff are always warm and friendly too, which is why our neighborhood needs one of a kind businesses such as this. I've been out of the country, but can't wait to see how this new addition looks when I return to the city in the late summer. Good luck to them!