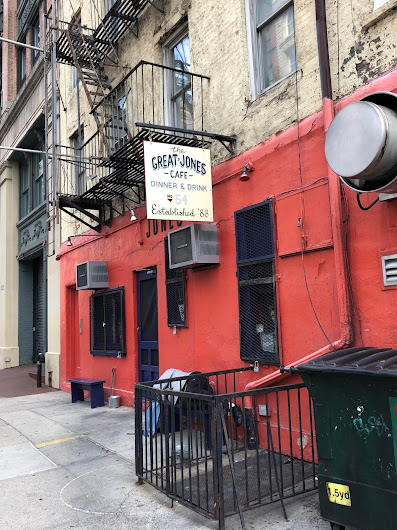 Jim Moffett, the longtime owner of the Great Jones Cafe on Great Jones Street, died on July 10. (A cause of death was not disclosed. A friend said that Moffett was 59.)

And the restaurant near the Bowery has remained closed since Moffett's passing. To date, there hasn't been any announcement about when, or if, the downtown fixture (since 1983) will reopen. The Cafe's phone has been disconnected ... and there haven't been any messages for patrons on either the Cafe's website or social media platforms. Several generic, pre-sceheduled posts arrived on Facebook, but were eventually removed... 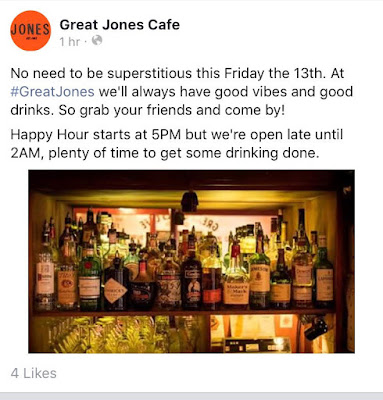 Moffett became owner of the Great Jones Cafe in 1989.
Posted by Grieve at 4:14 AM