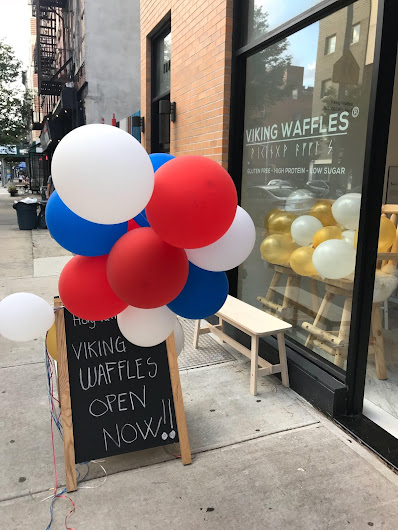 The storefront now sells the popular protein-rich waffles that were previously only available online and in several health-food stores and gyms, including Barry's Bootcamp. (Benedicte Engen, a Crossfit trainer, is the founder of Viking Waffles.) There are several tables and chairs inside, and you can order your waffles with a variety of toppings. 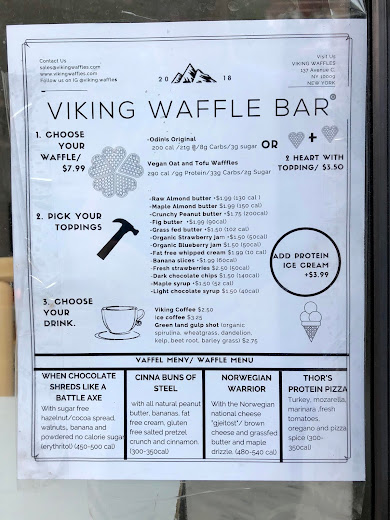 The space will continue to serve as the HQ for Viking's wholesale manufacturing business.

It's a new era for the address, which went under extensive renovations (it's basically a new building) in recent years. The building's ground-floor was previously home to drunk-brunch magnet Sunburnt Cow until April 2014.

Renovations in store for 137 Avenue C, home to the Sunburnt Cow

The Sunburnt Cow closes for good at the end of this month
Posted by Grieve at 4:26 AM