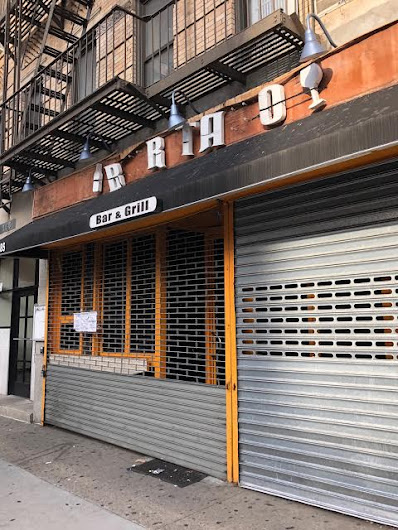 Here are a few of the items on tonight's CB3-SLA agenda...

A bar-restaurant with a Latin-influenced menu called Rumba NYC Bar & Grill is in the works for this space. The proposed hours are 2 p.m. to midnight Sunday through Thursday; with a 2 a.m. close on Friday and Saturday.

The applicants also run Salome Latin Cuisine on Westchester Avenue in the Bronx, per the questionnaire on the CB3 website.

There has been a lot of turnover in recent years at this address. The last tenant, Bar Taco, which closed earlier this year, arrived in early 2018, taking over the space from a short-lived venture called Malcriada, a self-described "Latino Gastropub" ... which arrived after Kaz, another short-lived venture that lasted seven months.

Cafecito, the Cuban-style cafe, had a good run here, closing in early 2016 after 14 years in business. 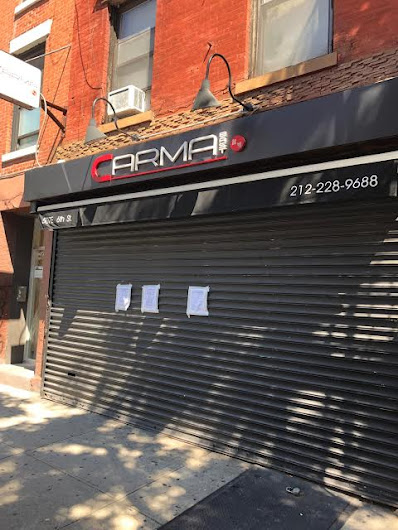 A Korean-American restaurant called Nowon will open in this space.

The applicant, Jae Lee, has been running the well-regarded kitchen at Black Emperor on Second Avenue. He was previously the executive chef of Rice & Gold at Hotel 50 Bowery.

NowOn's hours are listed at 5 p.m. to midnight during the week, with a noon opening on Saturday and Sunday. Find the full questionnaire here.

Tonight's CB3-SLA committee meeting starts at 6:30 at the Perseverance House Community Room, 535 E. Fifth St. between Avenue A and Avenue B.

Previously on EV Grieve:
Pub in the works for longtime corner bar space on Houston and Suffolk
Posted by Grieve at 4:01 AM

I hope the Rumba bar and grill actually has respect for the tenants in the building, unlike the owners of Bar Taco