Reminders: March and rally for East River Park tomorrow; 'Bury the plan not the park' 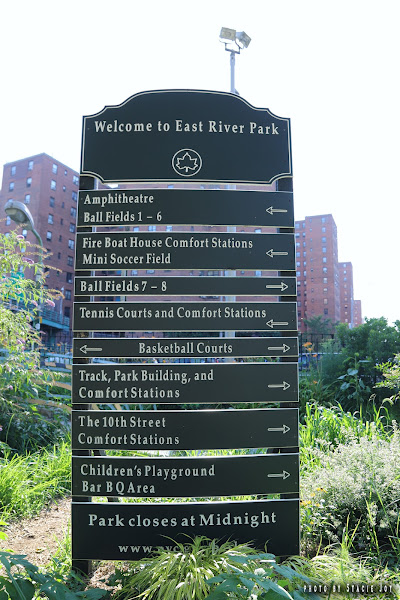 As previously reported, community group East River Park Action has organized a march and rally tomorrow (Sept. 21) to protest the city's plan to bury East River Park with eight feet of landfill starting this March as part of protecting the east side against future storms and rising seas.

Here's part of the advisory via the EVG inbox...

“We support a plan that will provide much-needed flood protection. At the same time it should expand the park and reduce greenhouse emissions in response to the climate crisis,” says Howard Brandstein, director of the Sixth Street Community Center and a rally organizer.

The flood plan will have devastating consequences for residents in NYCHA housing and other low-and-middle income apartments bordering the park.

“Dust and other pollution from construction will affect air quality. Neighborhood residents already have high levels of asthma and 9/11-related upper respiratory illnesses,” says Lower East Side resident Pat Arnow, who is an organizer of the protest. “NYCHA buildings are undergoing heavy resiliency construction now. Some of their areas look like a war zone.”

The closure of the park for at least three and a half years will rob residents of critical green space, ball fields for team sports, and areas for community gatherings.

“An earlier HUD-funded plan, designed with the community over four years, was summarily scrapped by the city last year,” says Brandstein. “This plan was far more comprehensive. It provided flood control and resiliency without destroying the park, which has long been an oasis for our diverse Lower East Side and East Village neighborhoods.” 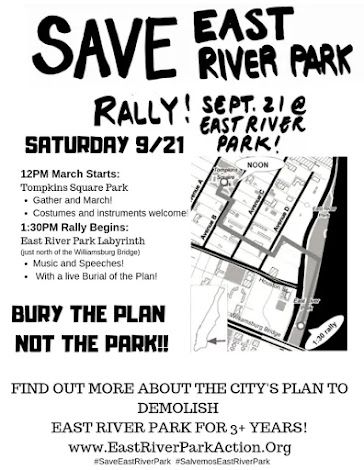 The march begins at noon in Tompkins Square Park. Demonstrators will wind through the neighborhood across the Sixth Street footbridge to East River Park. At 1:30 they’ll rally at the Labyrinth (north of the Williamsburg Bridge) followed by a parade down the promenade to a burial site beneath a tree with a 10.5 foot circumference. (Find more info here.)

ICYMI: This is all part of the East Side Coastal Resiliency Project (ESCR), a coastal protection initiative jointly funded by the city and the federal government aimed at reducing flood risk due to coastal storms and sea-level rise. ESCR is the first element of the city’s "Big U" plan to protect Lower Manhattan from surges like those seen during Superstorm Sandy.

As part of the project, city officials, starting next spring, plan to close East River Park for three-plus years, elevating it with 8- to 10-feet of soil and chopping down trees, etc., from Montgomery Street to East 13th Street.

City officials have said that this is a better course of action compared to the previous plan that was in the works with community input before Mayor de Blasio's team changed course last fall. Among other things, city officials claim that the new plan will shave nearly six months off of the projected timeline and will be less disruptive for residents living in the area. 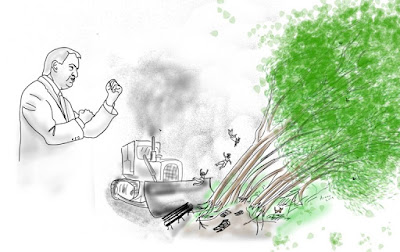 Meanwhile, on Tuesday, the City Planning Commission is expected to vote on the plan in the next step of the public review process before it heads to City Council for a final vote this fall.

• Here are the next meetings for you to learn more about stormproofing plans for East River Park (June 3)
Posted by Grieve at 4:30 AM

I am going to send out positive thoughts into the universe for this insidious plan to be buried for good. There has to be another, more effective way wildlife and community residents aren't greatly impacted. This green space is sacred to all of us, the very tax payers who need and want respite and access to water and trees. I am absolutely sickened this measure has gone this far and that it might be approved. Those whom have agency and power to spearhead the measure must look within their hearts. What is really behind it? Besides corruption, greed and money, I can't think of anything else given how there is a lack of scientific proof in that this is only method for combating rising sea waters. See you all on Saturday. Fingers crossed. We must fight it to the end!

Now that the big developer puppet has stopped chasing the Presidential windmill he'll be back fulfilling promises he made to his financial backers.

Listened to Di Blasio on partisan WNYC radio- mentioned the New Green Deal repeatedly but not a word how KILLING 100 trees and DESTROYING AN ECOSYSTEM is green. They are building a new park for the new towers that will be put up in 10 years...

To be fair, his major financial backers also include trade unions.

I sincerely hope the skateboarders of TSP, who got so much support in their anti-Astroturf battle from many non-skaters such as myself, will join the rally tomorrow. One hand washes the other, as the old saying goes, and it would mean a great deal if they turned out in force to protest this environmental nightmarish boondoggle.

I wish DeBlassio would also drop out of his role as Mayor. This colossal failure of a man needs to resign ASAP.