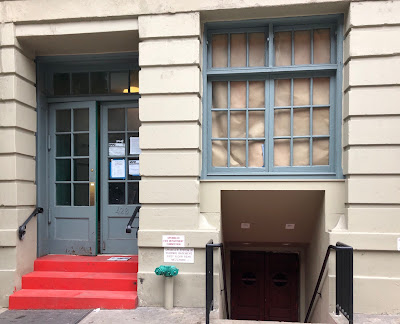 As Brooklyn Vegan first reported: "With astronomical Manhattan rent and a lack of overnight profits, investors allegedly got cold feet and have pulled the plug."

We were invited into this project by a team that we felt, like us, were dedicated to proving Culture could live and thrive again in Manhattan. It was a long, hard, and complicated development process for everyone involved. When we finally opened to the public in October, we were already facing many significant challenges, both logistical and financial.

In spite of those challenges, we set about in making The Dance something truly special. Over its short lifespan, The Dance felt like an incredible moment of creativity and rejuvenated nightlife in a borough that desperately needed it.

Unfortunately, the ownership group has respectively decided to pull the plug on this dream and go in another direction, thus ending The Dance as it is known today. We’re personally devastated about all of this because we, along with so many artists, promoters, agents, and staff, have put so much time, energy and heart into this labor of love.

We’re very sorry for the inconvenience it caused all the acts and parties that were scheduled and the fans who were excited to come to The Dance especially those that never got a chance. We will do everything we can to make things right...

The venue closes up after tonight's sold-out show by U.S. Girls. Shows scheduled there in the weeks ahead are being moved elsewhere.

The Dance, featuring multiple spaces, including a main stage room that could hold 250 people, officially opened in October in the landmarked Colonnade Row just south of Astor Place.

During its short run, the place hosted an impressive array of shows, including Wavves, Beach Fossils, DIIV, Twin Peaks, Wild Nothing, James Chance and Shannon & the Clams, among many others.

This had been a long time in the making. The Times first mentioned that an "indie music hall and restaurant" was coming to this address in October 2016. No word on the status of the pending restaurant in the space above the Dance. 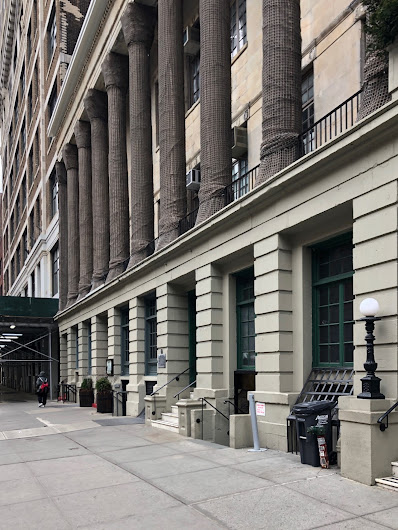 No problem, the New York City Nightlife Mayor will fix this real soon.

Geez, would have loved to support this venture, had I known it existed.

I think they sold out the majority of their shows booking relatively expensive acts which also didn't translate well to drink sales. Can confirm that 250 was a tight fit in the space and made it a bit discouraging to loop back to the bar

Live a block away and never heard of it! Too bad, because it sounded promising.

Add me to the list of people who live nearby and never knew the place existed. It's too bad as this sounds like a place I probably would have liked.

Let this be a lesson to them and to those who follow that publicity and advertising make a difference.

Just anyone who's into live music

Expensive acts? What does that mean? It was within the range of $20-25 tickets, few well known acts for $30. That was not an expensive venue to get into.