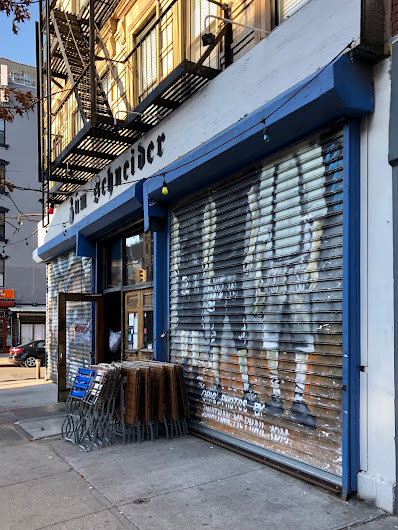 As we first reported in December, Zum Schneider was leaving its home of 20 years on Avenue C and Seventh Street at the end of February.

And we've reached the end: Tonight (Feb. 25) marks the biergarten's finale as it concludes its six-night Karneval Final. The hours are 7 p.m. to 4 a.m. (In case you were going to drop by, the invite says that Karneval costumes are mandatory.)

The landlord, listed as 229 East 7th Street HFDC, reportedly decided not to renew the retail lease.

Zum Schneider opened on Avenue C in August 2000, and soon became a destination for World Cup and Euro Cup matches as well as events such as Karneval and Oktoberfest.

Owner Sylvester Schneider is searching for a new NYC home "with a landlord who appreciates our tenancy." He has already announced that Zum Schneider will host its annual Oktoberfest tent along the East River this fall. 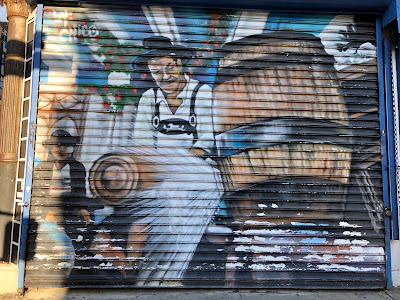 • More details about Zum Schneider's February closing date on Avenue C
Posted by Grieve at 4:20 AM

The place has been packed since the announcement two months ago it was closing. It's clientele over the years was a long list and they came for the final stein, the final Haxn. Memories for many me living a block away so looking forward to a dark lifeless corner thanks landlord. I shake my head close my eyes and await the second coming of Zum Schnieder work on improvements to the restrooms mate but the Beer and food menu is sacred. A Big Auf Wiedersehn to you guys as I wait I shall cry in my Becks.

To any wannabe Restaurateur!!! You must buy a building first before you open a restaurant if you want any sort of longevity

This is exactly what we didn't need. Another empty storefront along Avenue C...

As a fellow neighbor whom has been living across the street from them for ten years, I am sorry to see them leave. It is a loss for our community. I will miss the liveliness of that business. What I certainly won't miss is the piercing loud noises from drunk patrons and loud music I often hear even when I have the AC and TV on from my fourth floor apartment. Who knows. Maybe this could be a cafe?

20 years in NYC is longevity.

I heard a rumor that the owners of the building will be continuing the restaurant.
I hope they fail, and obviously I will never set foot inside.

A pox upon the place.