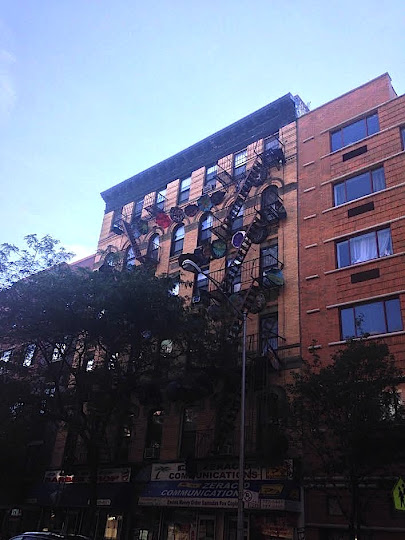 Today from 4 to 7 pm the former Lower East Side squat Umbrella House will host an open house to inaugurate its urban farming project. At 5 pm members of Umbrella’s Rooftop Garden Committee will speak briefly about the development of the project.

This 820 square foot intensive green roof serves as a source of fresh produce for building residents, as a means to assist in storm water management, and as a model for other New York

Umbrella House members believe that this project is a worthy example for other co-ops and property owners to emulate.

Umbrella House Garden Committee and Co-op Board Member Parker Pracjek states: “Access to healthy food through Farmer’s Markets, Green Food Carts, and Farm to Table initiatives have made some improvements to food health literacy in New York City, but more must be done. Food justice should be expanded to urban farming to transform underused spaces into productive environments. The benefits of urban farming are far-reaching and include decreased carbon footprint, responsible use of natural and human resources and community health.” 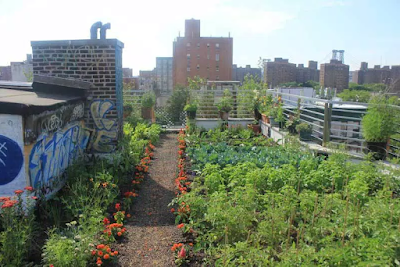 Due to showers and thunderstorms forecast for this afternoon, the Umbrella House Garden Open House has been rescheduled for tomorrow 4-7 p.m.
Posted by Grieve at 7:03 AM

Hi did the property get any green roof rebates because I understood that NYCity has d/c this type of rebate and is no longer accepting applications? Where did they raise the money from to do the two year project?

$150k for initial start up costs, plus yearly on going costs = some very expensive vegetables. Also what about air pollution (from NJ) and soil contamination (urban gardens have high levels of lead in soil)?