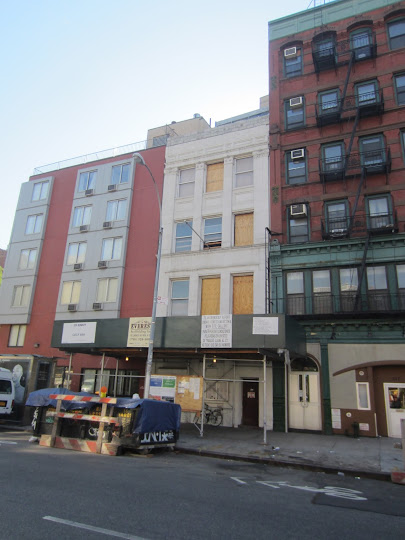 Apparently there will be a penthouse at 319 Bowery after all. Landlord Steve Croman received DOB approval last September to convert the former Amato Opera house between East First Street and East Second Street into a commercial and residential building.

However, there is an amended permit dated July 8 that includes a penthouse, part of the fourth floor apartment.

In any event, you can now see this top level from the street… 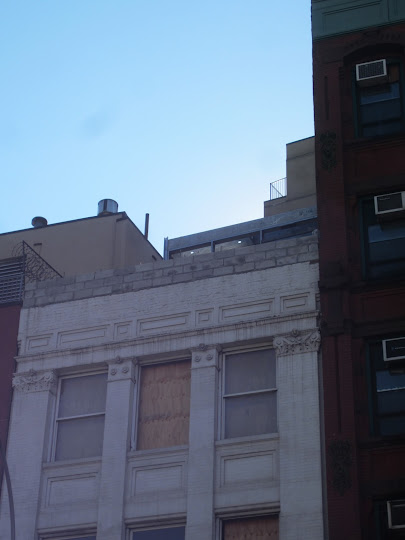 Work permits arrive at the former Amato Opera on the Bowery
Posted by Grieve at 4:15 AM

At least he kept the original building. Small favors, but I am grateful nonetheless. Who'da thunk it?

Someone is going to spend a lot of money to live next door to an NYU dorm and a men's shelter. For sure, it won't be me.....because I can't afford it. What a crazy world. The Bowery of ill repute is gone. They should rename the street, The New Bowery to reflect the changes.

Taking wagers on who the commercial tenant will be???

A penthouse addition to a bulding with windows boarded-up on lower floors. No one on the street would ever suspect the presence of Batman's secret rooftop lair.

I owe so much to this block, this man, and this building. And, oh yes, Sally Amato too.