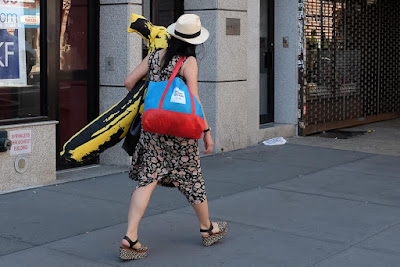 The Polish delights at G.I. Deli on First Avenue (The Village Voice)

A Fuku-Superiority Burger comparison (The Observer)

A look at Via Della Pace Pizza on St. Mark's Place (Eater)

From 1871 to 1874, the building at East 10th Street and Avenue D served as the Strangers’ Hospital (Ephemeral New York)

Video: A visit to Harry and Ida's Meat & Supply Co. on Avenue A (The Village Voice)

The global appeal of the Ramones T-shirt (The Independent)

... and EVG reader Lauren passes along word that Jennifer Cafe on East Fourth Street and First Avenue is now open in the evenings... the proprietors are now in the third week of selling tacos, quesadillas and tortas after 6 p.m. ... 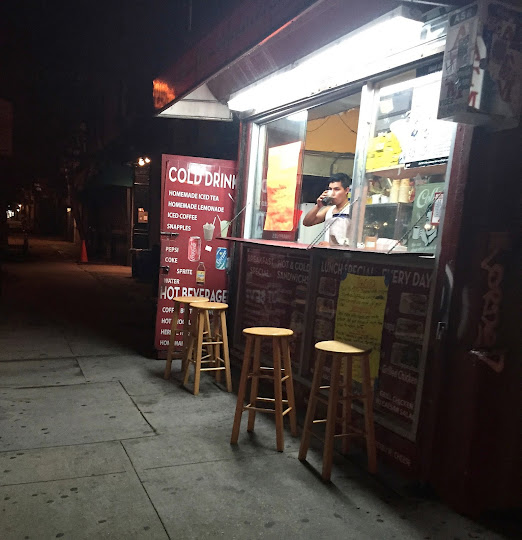 ... and a reader notes that Dieci on East 10th Street between First Avenue and Second Avenue has been closed for the last two days... there's a notice from the city saying that restaurant has been operating without some unspecified permit... 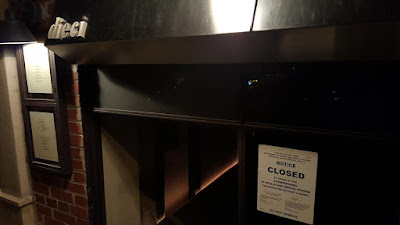 When you sit on the stool outside Jennifer Cafe, your mouth is level with the counter, which makes it easy to eat.

Of course, they need now to cater to the bros and their sorority girls hanger-ons, after a night and day of drinking and hootin' and hollerin'.