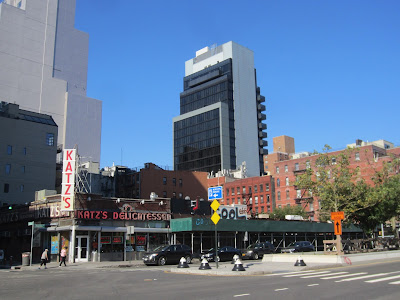 The demolition of the one-level row (except for Katz's!) of storefronts along East Houston between Ludlow and Orchard started back in early May, as BoweryBoogie first noted. 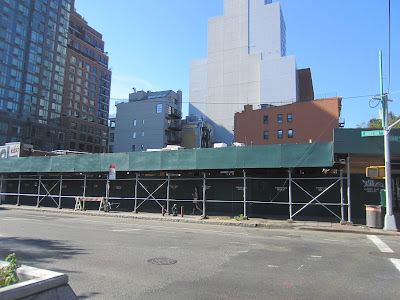 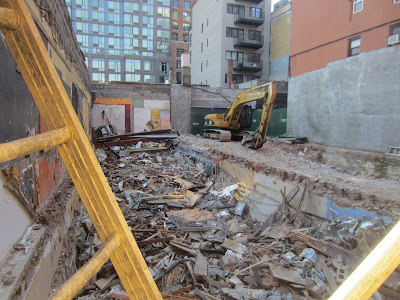 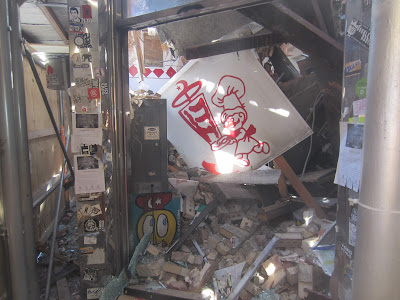 As previously reported, workers are clearing all this out to make way for Ben Shaoul's 10-story residential building that will include an Equinox gym. 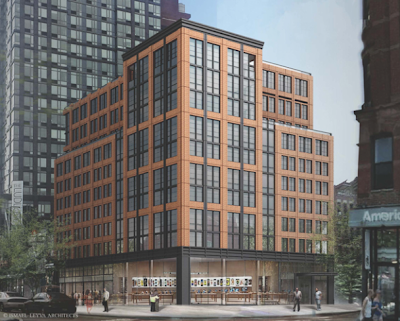 More mixed-use condos! I'm so freaking excited! Gonna totally get in on that ground-floor action!

Walking around New York used to be filled with architectural surprise and variety. Now it's turning into the capital of boring buildings!