Reports: Prep school teacher arrested for having sex with 16-year-old girl in bathroom at Lit Lounge 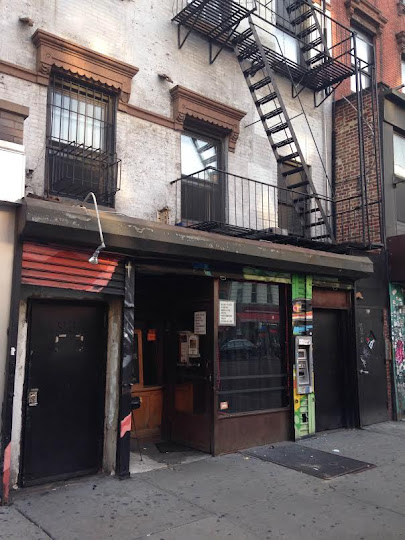 According to multiple published reports, police arrested a teacher and coach at Leman Manhattan Preparatory School for allegedly having sex with a 16-year-old girl inside the bathroom at Lit Lounge on Second Avenue last month.

David Azurmendi, 34, was charged with third-degree rape, according to WABC-7.

Here are more details via the Daily News:

Tipped off by the school principal, cops cornered Azurmendi at his home in Summit, N.J. They slapped the cuffs on him after he admitted to investigators at the Manhattan Specials Victims unit he had sex with the girl, sources said.

Azurmendi was hit with the potentially career-crushing charge just as he was supposed to start a new gig at The Greenwood School, an expensive private boarding school for boys in Putney, Vt., the sources added.

His last day at Leman in the Financial District was on June 19, the same day he allegedly hooked up with the 16-year-old girl. The two met at Leman, where he taught for the past three years, the Post reported.

On July 9, ClubPlanet.com reported that Lit was closing in the months ahead after 14 years to relocate to Bushwick. One of the owners blamed "the new East Village crowd and the flight of the creative types to creative Brooklyn" as a reason for the closure.
Posted by Grieve at 2:00 PM

Not surprised. Lit Lounge is the perfect setting for millennial student/teacher relationship building. This place hasn't been cool since Global 33 left after the place got burned down. That place was cool, this place never was. Apparently millenails agreed.

She was 16 years old --can you say underage drinking?

Does that "new East Village crowd" comment belong here? Kind of a red-herring. Story is sensational enough without it IMO.

Every time I walked by that place (I live around the corner) the crowd outside looked v.e.r.y. young.

And here's a lollypop for your double vodka little girl ... said...

Anon @2:54 PM: Shhhhh! Do you want them to lose their liquor license?!