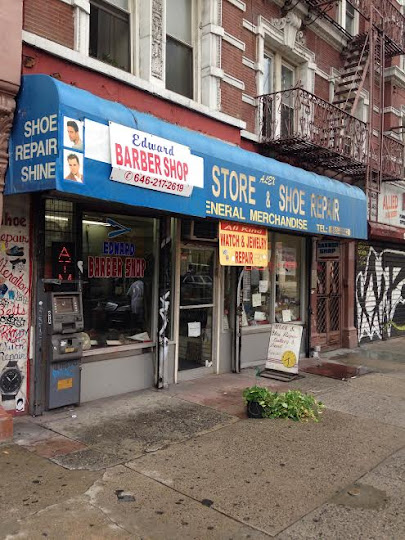 Back in February we reported that Icon Realty was the new owner of 57 Second Ave., the 10-story building between East Third Street and East Fourth Street.

This meant that the two retail tenants — Alex Shoe Repair and Allied Hardware, who were both on a month-to-month lease — would not be around much longer.

Well, today is the last day for Alex Shoe Repair.

Earlier this week, the Lo-Down published an interview with the shop's proprietor:

Born and raised in Uzbekistan in a Jewish family with four brothers and five sisters, Amnun “Alex” Kariyev immigrated to Chicago where he worked in a cable manufacturing company. Looking to run a business of his own, he went to school at night to learn the art of shoe repair.

Alex came to New York City and in 1986 set up shop on Second Avenue. When he started out, the rent was only $1,000, which might seem very low for the nicely proportioned 1,000 square foot space. But back then, Alex recalls, all of lower Second Avenue below 4th Street was “a no man’s land.”

He bears no grudge against Icon Realty, who have given him his final month in the location free of charge. Having lived through the brand of Communism imposed by the former USSR, Alex says he believes in capitalism and that — at the price Icon paid for the property — they have the right to make money.

This Alex is now sending his customers to the unrelated Alex Shoe Repair at 71 First Ave. between East Fourth Street and East Fifth Street.

If Alex had learned anything in the USSR, he'd know that rent is feudal, not capitalist.

Alex is a nice man. Everyone in the shoe stair is nice. Beyond nice....they do great work at a very reasonable price! It is a loss to the neighborhood that this wonderful small business is closing shop. The mom and pop hardware store is also a little gem. You could go in there and get personal service from the owner even if it was just to find the right size washer for a bolt you had. I think they have one of everything in there. We will all be sorry to see these two small wonderful stores leave the EV. It is stores like these that made the EV what it was...and without them....it is something else....the NEV? (new east village)

How sick and twisted to raise someone's rent 10,000 dollars.

@1:19: Yes, and Icon is also committed to destroying neighborhoods one frat-boy rental at a time. I guess when nothing is left except superannuated frat-boys and ho's, and the only businesses are bars, then Icon will have completed their mission. What a bunch of douches.

I swear as soon as the thought "boy I'm glad that place is still there anyway" crosses my mind, it goes under. BooooooooooooooooooOOOO!!!